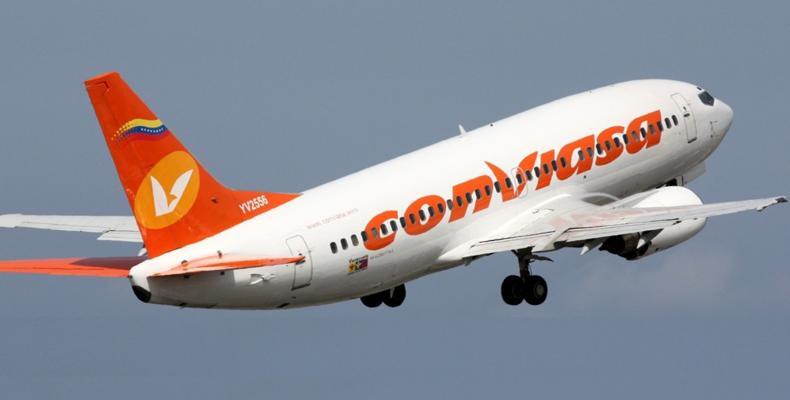 The only organization with the power to stop a carrier from flying from one country to another is the International Civil Aviation Organization, Alvarez told a local radio station.  "From a strategic viewpoint, Conviasa flies to a series of destinations that our country's executive branch considers to be fundamental," said Alvarez.

The sanctions coupled with Venezuela's already crisis-hit economy make it "very difficult to find all of the spare parts that guarantee the functioning of the fleet.  That affects the country's connectivity," he added.

Over the past two years, Venezuela's air traffic has fallen 57 percent despite the efforts of the National Civil Aviation Institute to keep the sector going, said Alvarez.

The U.S. Treasury Department announced sanctions against Conviasa on February 7, and Venezuela has now filed a lawsuit at the International Court of Justice at The Hague for the damage caused by the unilateral sanctions.