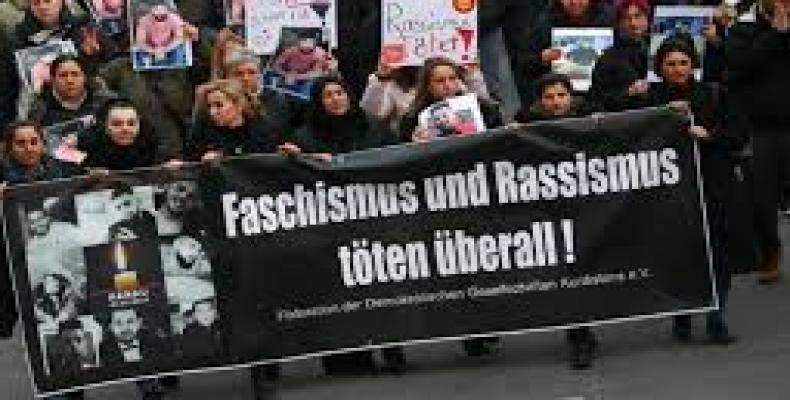 Berlin, February 22 (RHC)-- In Germany, thousands of people joined vigils across the country, one day after a racist far-right gunman shot and killed 10 people, most of them at a shisha bar and a cafe in the Frankfurt suburb of Hanau.

It was the deadliest in a series of far-right and neo-Nazi attacks in Germany in recent months.  Early press accounts said the shooter used a high-powered rifle, but German media are now saying the murder weapon was a 9-millimeter Glock semiautomatic pistol — one of several firearms the 43-year-old gunman purchased legally online.

The attack prompted calls for Germany to strengthen its gun laws, which allow civilians to register for a weapons possession card.