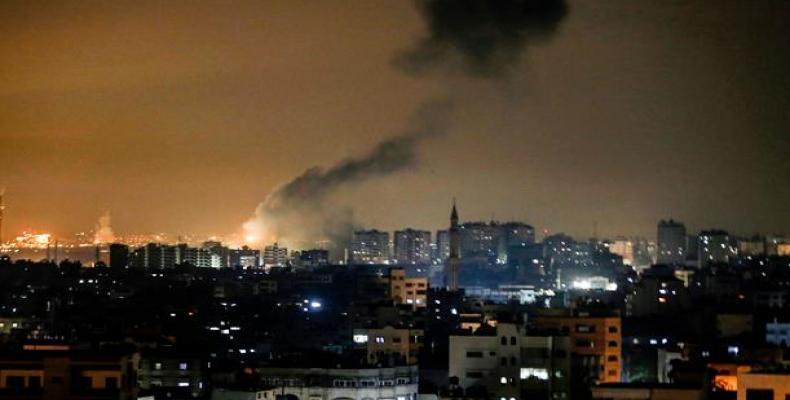 Gaza City, March 28 (RHC)-- Israeli warplanes have conducted several airstrikes against the besieged Gaza Strip, targeting a number of areas in the northern parts of the Palestinian coastal enclave.

There have been no immediate reports on the extent of the damage and possible casualties due to the aerial aggression, which was jointly carried out by Israeli jets and combat drones.

The Israeli military claimed in a tweet that "striking Hamas targets" was in response to "a rocket" that "was fired from Gaza" at the occupied Palestinian territories earlier in the night, adding that "thousands of Israelis" were "currently in bomb shelters."

Israeli media outlets also reported that the "projectile" from Gaza landed in an open area in the vicinity of Sha'ar Hanegev in the southern occupied territories, without causing damage or casualties.

However, they added that it triggered sirens and the first red alerts in weeks in the southern city of Sderot and several other communities along the Gaza Strip.

Israeli warplanes have carried out several airstrikes in the Gaza Strip, targeting a number of areas in the north and the northwest of the coastal enclave.  The Israeli regime usually claims that airstrikes against the Gaza Strip are carried out in response to purported rocket attacks from the blockaded enclave.

Gaza has been under an Israeli siege since June 2007.  The blockade has caused a decline in the standards of living as well as unprecedented levels of unemployment and unrelenting poverty.

The Israeli regime denies about two million people in Gaza their basic rights, such as freedom of movement, jobs with proper wages as well as adequate healthcare and education.

Since 2008, Israel has waged three wars against Gaza, where two million Palestinians live under a 12-year Israeli blockade.  Thousands of Gazans have been killed in each of these deadly wars.