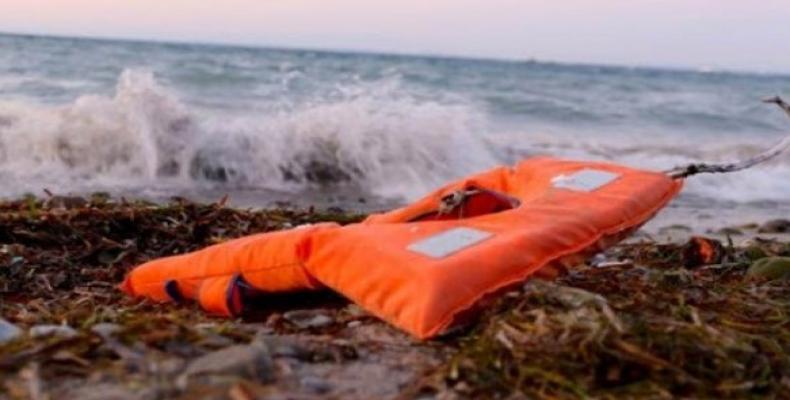 Tripoli, April 14 (RHC)-- A rubber boat packed with 85 migrants and refugees appears to have capsized after sailing from Lybia while three others carrying 173 people in all are in distress in the Mediterranean Sea, German rescue organizations Sea-Watch and United4Rescue report.

"No state wants to rescue them," Sea-Watch said, referring to those in distress after Libya, Italy, and Malta shut their borders due to the coronavirus outbreak.  The German organization said it lost contact with the vessel carrying 85 people somewhere between the territorial waters of Libya and Malta.

The United Nations refugee agency UNHCR told news agencies Sunday it is "very worried" about the fate of what could be 85 migrants drowned in the Mediterranean Sea while the International Organization for Migration (IOM) said the reports about the missing boat were "very worrying" but difficult to verify.

"In the absence of boats in the area, it is very difficult at the moment to confirm that there has been a shipwreck or the number of victims involved," IOM Italy spokesman Flavio Di Giacomo told AFP.  "And unfortunately, from experience, we also think it is likely that there have been shipwrecks of which we are not aware," Di Giacomo added.

For its part, the European Union border guard and coast guard agency Frontex said one of the four boats had safely reached Italy and another two were still at sea, adding that the fourth boat initially spotted on Friday was unaccounted for.

Frontex said it had notified the coast guard authorities of Italy and Malta about the boats at sea, but neither country's border authorities have so far commented on the reported shipwreck, according to AFP.

Alarm Phone, an alarm number to support rescue operations in the Mediterranean said the flight track of a Frontex aircraft published on Twitter matched the positions of the distress boats, inferring that the boats had been monitored for days without any rescue effort being initiated.

Libya became the major gateway for African and Middle East migrants fleeing poverty and wars and hoping to reach Europe. Currently, there are dome 700,000 migrants and refugees in the North African country, which descended into chaos following the NATO-backed 2011 uprising that toppled and killed longtime leader Muammar Gaddafi.

More than 16,700 people have died crossing the Mediterranean for Europe since 2015, including at least 241 this year.