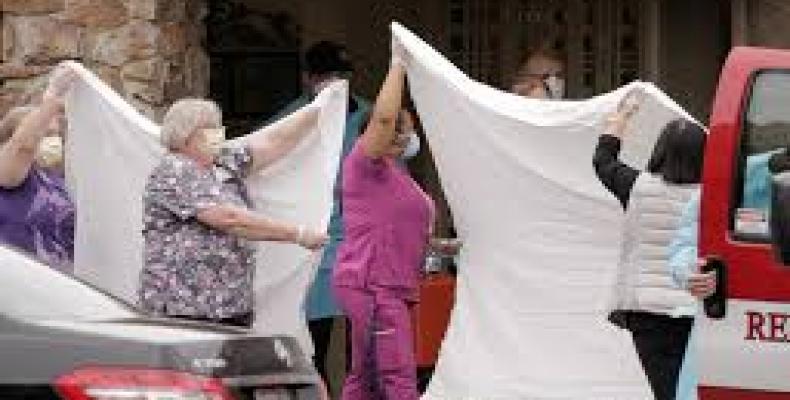 New York, April 17 (RHC)-- U.S. coronavirus deaths topped 35,400 on Friday, rising by more than 2,000 for the fourth day in a row, according to a Reuters tally, as some states announced timetables for lifting restrictions aimed at blunting the pandemic.

Total deaths in California passed the 1,000 mark on Friday, the eighth state to reach that milestone and the first on the West Coast, according to a Reuters tally.  U.S. coronavirus confirmed cases were over 700,000, up 30,884 with a few states yet to report.

The infections and fatalities are spread unevenly across the country, with more densely populated places such as New York accounting for nearly half the total US deaths.

Sweeping stay-at-home orders in 42 states to combat the new coronavirus have shuttered businesses, disrupted lives and decimated the economy, and some protesters have begun taking to the streets to urge governors to rethink the restrictions.