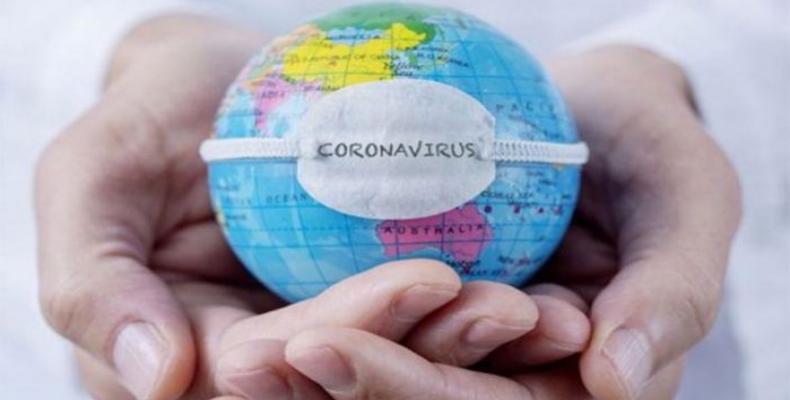 Brasilia, May 18 (RHC)-- Latin American countries have reported a further increase in COVID-19 cases and deaths, as some are gradually reopening their economies.

Brazil reported a total of 15,633 deaths from COVID-19 and 233,142 confirmed cases, after 816 more patients died of the disease and 14,919 infections were detected in the past 24 hours, according to the Health Ministry.

On Thursday, Brazilian President Jair Bolsonaro urged business leaders to push for lifting lockdown orders in financial center Sao Paulo to help the economy.  Bolsonaro also published a resolution this week that expanded essential activities in the country to include beauty salons, barber shops and gyms.

"This virus does not let its guard down; the virus is latent, waiting to continue attacking and it attacks the last day just as it attacked the first day, in a simple way: through contact between people," said Peruvian President Martin Vizcarra on Saturday during his trip with medical teams to the city of Tacna bordering Chile.

Vizcarra highlighted the importance of wearing masks, washing hands, and maintaining social distance to help slow the spread of the virus.  Peru, which is currently under a state of emergency that includes quarantine measures and a curfew, entered this month into phase one of economic revival, which will include the gradual reopening of a number of sectors.

In Chile, the Health Ministry reported that the total number of confirmed cases in the country has risen to 41,428, with 421 deaths.  Arturo Zuniga, the ministry's undersecretary of assistance networks, said 624 people are currently put on ventilators, with 127 in critical condition.

"The hospital network has an occupation of 78 percent at the national level, and ... there are a little more than 400 ventilators available to the network," he said.  Chile has predicted its outbreak would peak in the coming weeks, leading officials to announce lockdown measures for 38 districts, mainly in the capital Santiago and the metropolitan area, affecting over 7 million people.

So far, Ecuador's National Institute for Public Health Research and other public and private laboratories have conducted 93,344 tests for COVID-19, said the ministry.  On Friday, Ecuadorian President Lenin Moreno announced his decision to renew the national state of emergency for another 30 days.