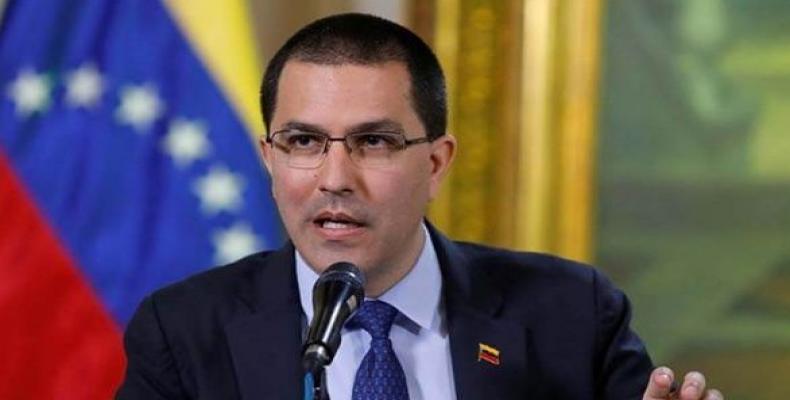 Caracas, June 14 (RHC)-- The Venezuelan government has described the arrest of businessman Alex Saab by Interpol on Saturday as an arbitrary detention that seeks to infringe on the rights of citizens in the Bolivarian Republic.

Saab was traveling through the island-nation of Cape Verge on Saturday when Interpol arbitrarily arrested him and prevented him from returning home.  According to a statement from the Venezuelan Foreign Ministry, they denounced the arrest of Alex Nain Saab as an action directed as part of the actions of aggression, blockade and siege by the United States government against the nation.

Venezuelan Foreign Minister Jorge Arreaza tweeted that the arrest violates international law and norms and reiterated that Saab's detention is clearly due to the actions of aggression and siege against the Venezuelan people.  According to Arreaza, the arrest of the businessman is a new attempt by the United States to dictate the right to food, health and other basic rights of the Venezuelan people.

In the Foreign Ministry's statement, Arreaza notes that "all the corresponding steps have been taken through diplomatic and legal channels to guarantee the human rights" of Saab, as well as "his inalienable right to defense."

He also appealed to the historical "friendship and relations of respect" between the Cape Verdean state and Venezuela and asked that Saab be released, as well as "that his return be facilitated, protecting his fundamental rights, based on due process."

At the time of the arrest, Alex Nain Saab was in transit in the Republic of Cape Verde, as part of a technical stopover to continue his journey with the aim of taking steps to obtain food, medicine, medical supplies and other goods for the attention of the COVID-19 pandemic.