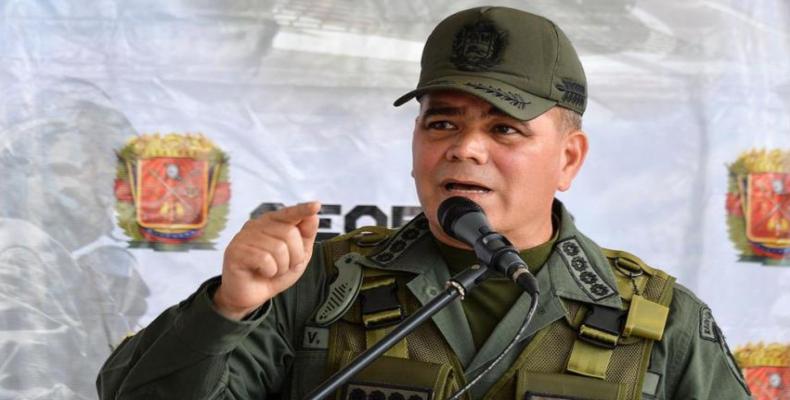 During the commemoration ceremony for the 199th anniversary of the Battle of Carabobo and the creation of the Liberator Army, Padrino described this action -- which took place on the eve of the event -- as a provocation, typical of the arrogant attitude of a government that seeks to end the country's sovereignty through violence.

"These actions question our maritime law and the permanent surveillance in our jurisdictional waters," said the defense minister, while he warned the White House not to dare to carry out military operations in Venezuelan waters, since they will receive an appropriate response from the Bolivarian National Armed Forces (FANB).

In this sense, Padrino stressed that Venezuela needs an unprecedented national union in the face of the U.S. government's aggressions, and assured that the more they attack, the more united the people of the Bolivarian nation will be.

He also urged the Venezuelans and the FANB to increase their commitment to national peace, with regards to the beginning of the bicentennial year of the Battle of Carabobo.

Padrino also recognized the courage of the constitutional president, Nicolás Maduro, to call on different adverse sectors to establish a dialogue that will lead to guaranteeing the country's sovereignty.