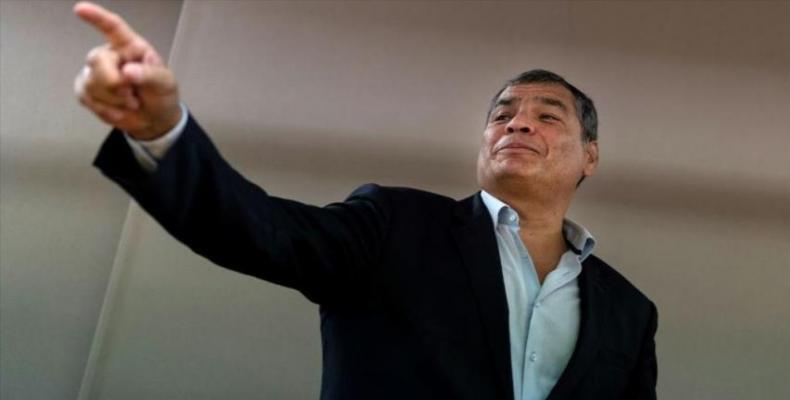 Quito, July 9 (RHC)-- Correlationism is grouped together in a platform, called "Union por la Esperanza" (Union for Hope), UNES, to participate in the next general elections of 2021.

The coalition, officially presented Wednesday, brings together the movements Fuerza Compromiso Social and Centro Democrático, in addition to six other social organizations, with sights set on winning the presidency and recovering the country.

Although the name of the possible candidate was not made public at the launch of the new political force, the participants described as "unconstitutional" the reforms that seek to "block at all costs the participation of former president Rafael Correa for any position of popular election, whether by judicial means or through administrative resolutions" of the National Electoral Council (CNE).

Rafael Correa posted a video on his Twitter account, in which he said that although they tried to prevent the birth of UNES, this was not possible.  He also detailed how the ruling government partially boycotted the virtual platforms that were supposed to cover the event.

"We are seeds, (...) today the recovery of the Homeland has begun," Correa added from Belgium, where he has lived with his family since the end of his second term, stressing: "Ever onward to victory!"

The former Ecuadorian president (2007-2017) has already ratified his willingness to be a candidate for the vice-presidency of Ecuador, despite the plots to prevent his participation.  He has filed international complaints for the violation of his right to political participation.