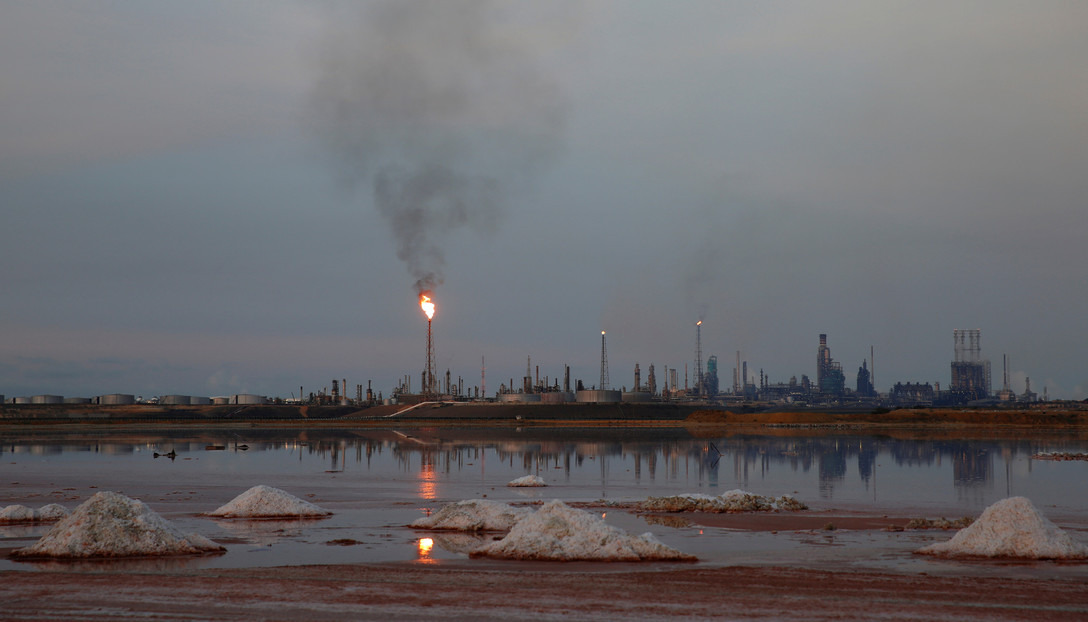 Caracas, October 29 (RHC)-- Venezuelan President Nicolas Maduro reported on Wednesday at an international press conference that the Amuay Refinery, the country's main oil refinery located on the western coast, was sabotaged with a powerful weapon on Tuesday.

The president said that those who attacked the refinery complex, located on the Paraguana peninsula in Falcon state, were trying to cause an explosion.  At a press conference offered on Wednesday to national and international media, the Venezuelan president reported that the sabotage took place at 2:30 p.m. local time on Tuesday.

He also said that a powerful weapon was used in the attack, which is being identified.  The president said that the explosion brought down a tower of the refinery, which was thicker than a war tank.

The Venezuelan president added that in the next few hours, the Minister of Communications will give a press conference with all the details of this terrorist attack.

During a videoconference with international media from the Miraflores Palace, Maduro assured that his government is facing "a permanent conspiracy backed and financed by the United States, with the complicity of several European governments."

The Venezuelan president said that two foreign citizens were detained in the state of Zulia, in the west of Venezuela, who allegedly had plans to attack leaders of his government.  In addition, he said that the head of the Prosecutor's Office, Tarek William Saab, will present a press conference to further explain the terrorist attack.