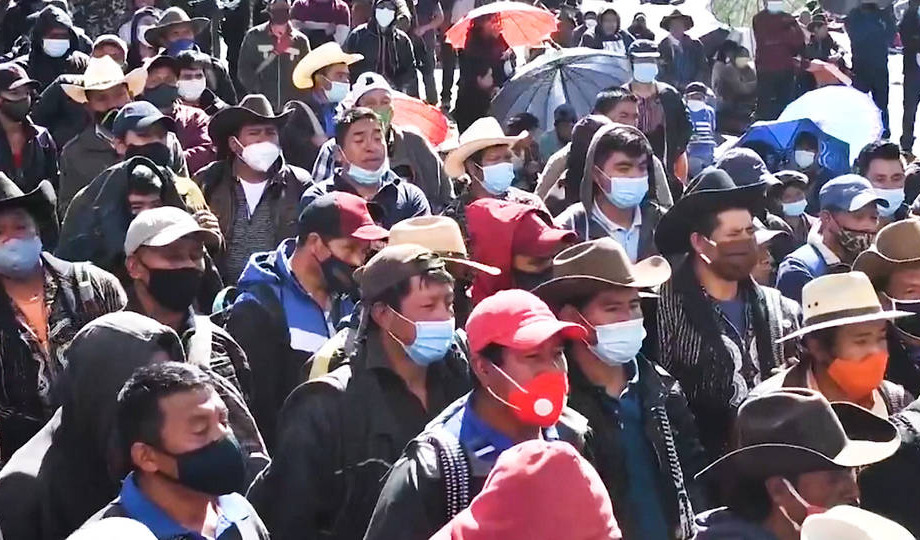 Guatemala City, December 1 (RHC)-- In Guatemala, Indigenous leaders and thousands of protesters took to the streets of the western region of Sololá as anti-government actions continued across the country for the second week.

Protesters blocked a major highway and surrounding roads for hours.  This comes as indignation continues to mount over the government’s response to the pandemic and two back-to-back hurricanes, Eta and Iota, which displaced hundreds of thousands of people last month.

Many protesters are calling for President Alejandro Giammattei to resign.  Thousands of people also led a protest in Guatemala City, with vows to continue mobilizations until President Giammattei and other government officials step down.

Meanwhile, Amnesty International is condemning the excessive use of force by Guatemalan police against protesters and journalists at a massive action last month triggered by a now-retracted budget passed by Congress which proposed cuts to health and education.