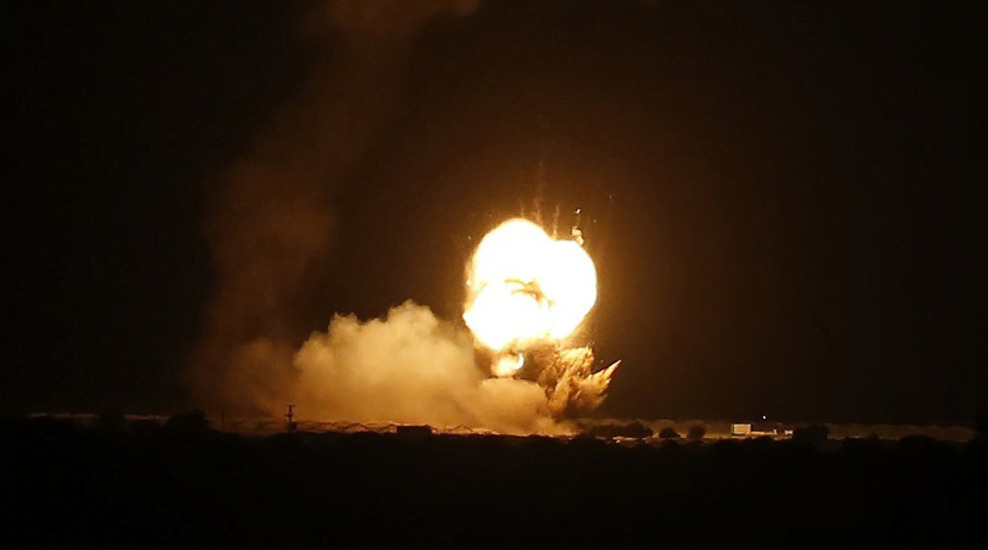 Flames are seen following an Israeli airstrike in the town of Khan Yunis, in the southern Gaza Strip, early on November 22, 2020.  (Photo: AFP)

The Israeli military claimed in a statement that its fighter jets had struck at least three targets belonging to the Hamas resistance movement, including a military post, a factory that purportedly manufactures rockets, and an underground facility, on Friday night.

The Hamas-affiliated Shehab news agency said the Israeli strikes hit the central part of the blockaded enclave.  There were no immediate reports of casualties from Gazan authorities.

The Israeli military claimed that the airstrikes were “carried out in response to rockets fired from the Gaza Strip" into the occupied territories a few hours earlier.  It added that the two rockets were purportedly intercepted and caused no casualties but triggered sirens in the southern city of Ashkelon and nearby communities, and sent settlers into shelters.

The Israeli regime every so often launches strikes against positions in Gaza Strip, accusing the resistance groups in the territory of launching rockets.

Since 2008, Israel has waged three wars against Gaza, where two million Palestinians live under a 12-year Israeli blockade from air, sea, and land.  Thousands of Gazans have been killed in each of these deadly wars.

The crippling blockade has caused a decline in the standard of living as well as unprecedented levels of unemployment and unrelenting poverty in the Gaza Strip.