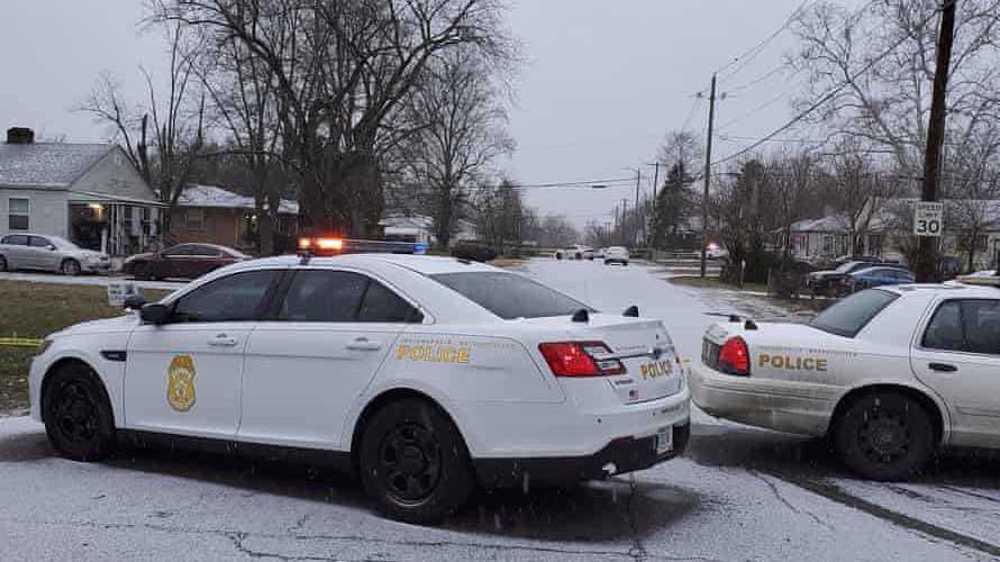 Five people, including a pregnant woman, are found shot to death at a home in Indianapolis, Indiana, US. (Photo: AP)

Indianapolis, January 25 (RHC)-- At least five people, including a pregnant woman, have been shot to death at a home in the U.S. city of Indianapolis, Indiana, in an incident the mayor denounced as “a mass murder.”  A male juvenile was also in critical condition after the shooting, which marks Indianapolis' "largest mass casualty shooting in more than a decade," according to the police.

Indianapolis police chief, Randal Taylor, said, “W:hat we saw this morning was a different kind of evil.”   “There are no right words to say at this time.  I myself am heartbroken for the lives that have been taken too soon, for the young life that’s forever been changed and for the young life that never got a chance to start, for the neighborhood left to pick up the pieces in the wake of unprecedented violence and for all of the family and friends that have been rocked by grief,” the police chief said.

Mayor Joe Hogsett said Sunday: "This morning the city of Indianapolis was targeted with an act of depravity that has become all too common across the country and will never cease to shock the conscience."  Hogsett said the shooting had brought "terror to our community."

It was not immediately clear why the victims were targeted.  Police said no suspect had been identified, but that they believed more than one shooter could have been involved.

The killings came just days after the mayor and police officials discussed plans to reduce violent crimes in Indianapolis, where local news media reported that there were a record of 245 homicides in 2020 — a 40 percent increase from 2019.

Mass shootings occur across the United States with increasing frequency.  Amnesty International has warned that the gun violence situation in the US has grown into a full blown "human rights crisis" and the administration of former President Donald Trump was doing little to solve it.

The issue of gun violence became all the more polarizing under Trump, a Republican, whose presidential campaign had been funded partially by the National Rifle Association (NRA), an influential gun lobby in the United States.