456 Palestinians arrested by Israel in January amid pandemic 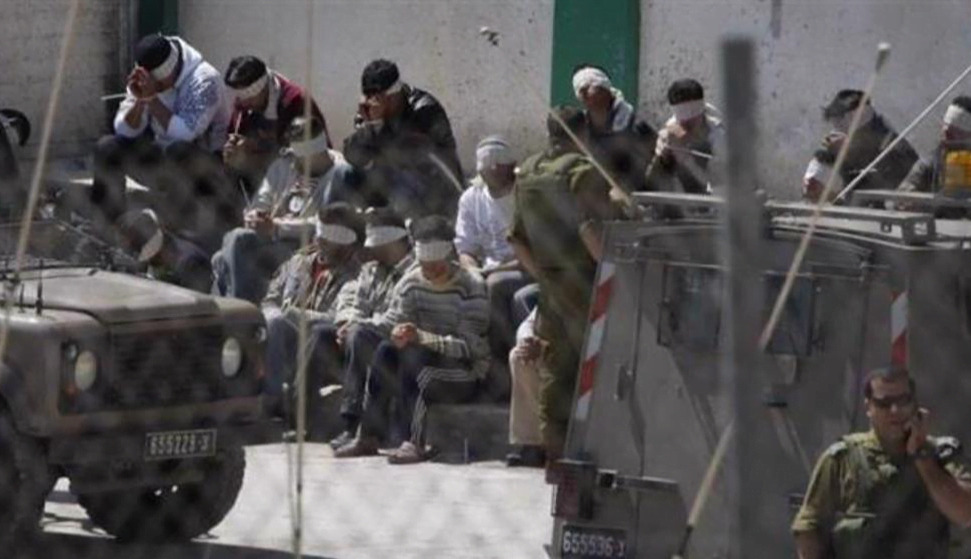 The Palestinian Commission for Detainees and Ex-Detainees Affairs, the Palestinian Prisoners' Society (PPS), the Addameer Prisoner Support and Human Rights Association and the Wadi Hilweh Information Center made the announcement in a joint statement on Sunday.

The four advocacy groups noted that Israeli authorities have also issued 105 so-called administrative detention orders in January, including 30 new orders along with the extension of 75 previous orders.  They voiced concern over the ongoing arrests which take place despite the coronavirus pandemic and “the risks [the virus poses] to the lives of prisoners.”

At least 355 of the prisoners have contracted the disease, the groups said, adding that some of them have been taken to hospital due to serious condition.

The so-called Israeli administrative detention, which is a form of imprisonment without trial or charge, allows authorities to incarcerate Palestinians for up to six months. The duration could be extended for an infinite number of times.

The detention takes place on orders from a military commander and on the basis of what the Israeli regime describes as ‘secret’ evidence.  Some Palestinian prisoners have been held in administrative detention for up to 11 years.

There have been growing calls from regional and international rights groups, including the Europal Forum, to put pressure on the Israeli regime to provide Palestinian prisoners with enough protection against the COVID-19 pandemic.

In early January, Palestinian Health Minister Mai al-Kaila warned about an imminent outbreak of the virus in Israel's densely crowded detention centers.  Kaila said in a statement on January 3 that Israeli prisons are potential epicenters of the pandemic, which means the lives of many Palestinian prisoners, particularly the elderly and the sick, are at high risk.

Over 350 detainees, including women and minors, are under Israel’s administrative detention.  In addition, nearly 700 sick Palestinian prisoners are behind bars in Israeli jails, 300 of whom suffer from chronic diseases and in need of urgent treatment.