Iran rules out talks with U.S and EU to discuss nuclear deal revival 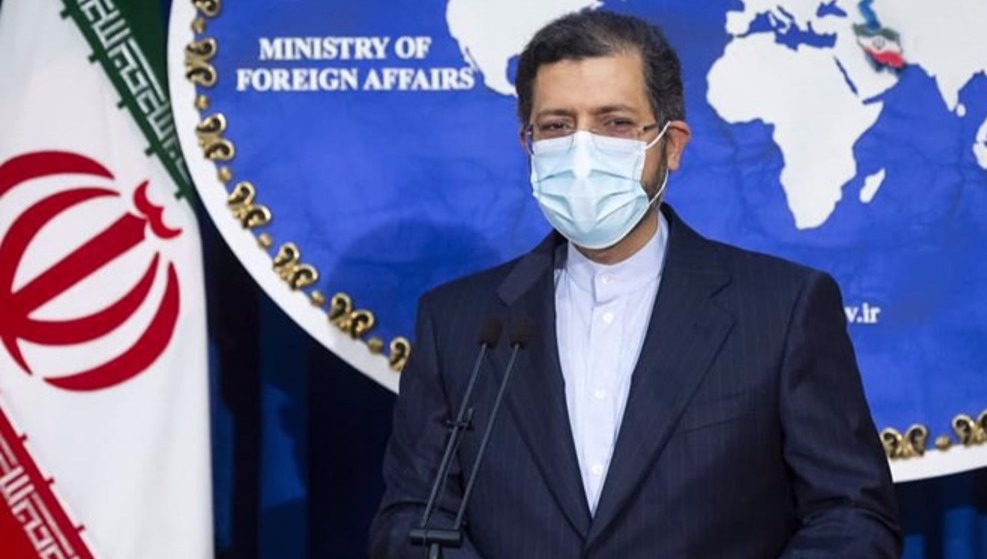 Iran's foreign ministry spokesman insists that the United States lift all unilateral sanctions before it engages in talks over the nuclear deal.  (Photo: AFP)

Tehran, March 1 (RHC)-- Iran has ruled out holding an informal meeting with the United States and European countries to discuss ways to revive its 2015 nuclear deal with major powers, insisting that Washington must first lift all its unilateral sanctions.

“Considering the recent actions and statements by the United States and three European powers, Iran does not consider this the time to hold an informal meeting with these countries, which was proposed by the EU foreign policy chief,” foreign ministry spokesman Saeed Khatibzadeh said on Sunday, according to Iranian media.

The U.S. in response said it was “disappointed” but remained “ready to reengage in meaningful diplomacy to achieve a mutual return to compliance with JCPOA commitments,” a White House spokeswoman said, referring to the Joint Comprehensive Plan of Action, the formal name of the Iran nuclear deal.

Iranian officials had said Tehran was studying a proposal by EU foreign policy chief Josep Borrell to hold an informal meeting with other parties to the nuclear pact and the U.S., which reimposed sanctions on Iran after then-president Donald Trump quit the deal in 2018.

The accord signed in Vienna in 2015, saw Iran curtail its nuclear programme in exchange for a gradual easing of international sanctions. But since the US unilaterally withdrew from the accord and reimposed sanctions as part of a “maximum pressure” campaign against Tehran, Iran has stepped up its nuclear work in violation of the JCPOA.

Iran and the new U.S. administration of President Joe Biden have been at odds over who should take the first step to revive the accord. Iran insists the US must first lift sanctions while Washington says Tehran must first return to compliance with the deal, which it has been progressively breaching.
She said it would consult with its partners who are signatories – China, France, Russia, Britain and Germany – on the best way forward.

Earlier on Sunday, Iran’s nuclear chief urged the International Atomic Energy Agency’s (IAEA) 35-nation Board of Governors not to endorse a US-led push to criticise Tehran’s decision to scale back its cooperation with the UN nuclear watchdog.

“If the IAEA’s Board of Governors adopts a resolution against Iran, we will show an appropriate reaction,” Ali Akbar Salehi said, according to the Iranian state news agency IRNA.  Diplomats said it was still unclear whether the board would adopt a resolution when it holds a quarterly meeting this week.

On February 23, Tehran stopped implementing the so-called Additional Protocol, which had enabled the IAEA to carry out snap inspections at undeclared locations.  But under a February 21 agreement, Tehran agreed to maintain the recording of extra data as specified by the 2015 deal for up to three months, and to let the IAEA access it at the end if sanctions were lifted.

Khatibzadeh said that, for the United States to “end its illegal and unilateral sanctions and return to its commitments,” there was no need for “negotiation or a resolution in the UN nuclear watchdog’s Board of Governors.”