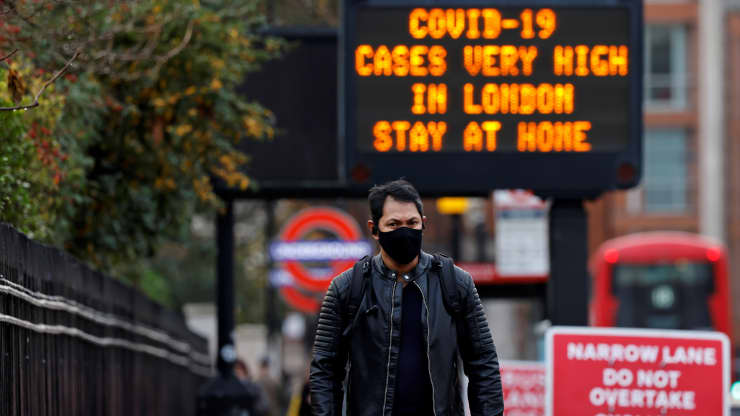 London, March 2 (RHC)-- UK health officials are searching for an individual in England who was among six people to have contracted the so-called Brazil variant of the coronavirus, more than two weeks after they tested positive.  The highly contagious coronavirus strain, known as P1, was first identified in the Brazilian city of Manaus.

Tracking down anyone infected with the variant is seen as an essential step in preventing a wider outbreak.
It is understood that the person yet to be identified failed to fill in their contact details on a form after taking a coronavirus test at home on February 12 or 13.

Authorities have information regarding the other five people, of which two are from a household in South Gloucestershire, England, and have a history of travel to Brazil, while three cases were recorded in Scotland.

One person in the South Gloucestershire household had arrived in London on February 10, having flown from Brazil’s Sao Paulo via Zurich.  Health officials were following up with fellow passengers on board that flight, to test them and their households.

The three people in Scotland had all flown from Brazil to Aberdeen, via Paris and London, and had self-isolated for the required 10-day period.

Scientists say the variant is more transmissible and could be more resistant to existing vaccines than the first-wave virus first detected in the Chinese city of Wuhan, in December 2019.  In their bid to track down the sixth person, officials are asking anyone who took a test on February 12 or 13 and had not yet received a result, or anyone with an uncompleted test registration card, to come forward immediately.

“If you’ve had a test on the 12th or 13th of February, [and] haven’t had your results back, please get in touch,” Nadhim Zahawi, the minister responsible for vaccination, told the UK’s Times Radio on Monday.  “We are working with the postal system to try and locate them,” he added.

The UK imposed a 10-day hotel quarantine on people arriving from high-risk countries, including Brazil, on February 15.  Before then, arrivals into the UK were required to self-isolate in their homes for 10 days.

Zahawi said it was not yet known whether the unidentified person had recently been abroad or not, meaning it was unclear if they would have been in self-isolation while infected.  The public appeal came a week before England is due to start unwinding its third national lockdown, with progress hinging on the UK’s mass vaccination drive.  By Sunday, more than 20 million people had been given the first dose of a COVID-19 vaccine – just more than 30 percent of the population, while about 800,000 had had a second dose.

The push comes as manufacturers try to adapt their vaccines to tackle worrying mutations of the virus, which have seen cases rise.  As well as the Brazilian variant, so-called South African and UK variants are causing concerns.

The Brazilian and South African variants possess the E484K mutation, which occurs on the spike protein of the virus. The mutation is believed to help the virus evade antibodies and slip past the body’s immune defences.

Adam Finn, a member of the UK Joint Committee on Vaccination and Immunisation, said evidence suggests existing vaccines were “less effective” against the Brazilian and South African variants in terms of “reducing at least mild disease and possibly transmission”.

“We are optimistic that the vaccines will continue to prevent severe disease, but the evidence for that is still fairly limited,” Finn told the BBC on Monday.