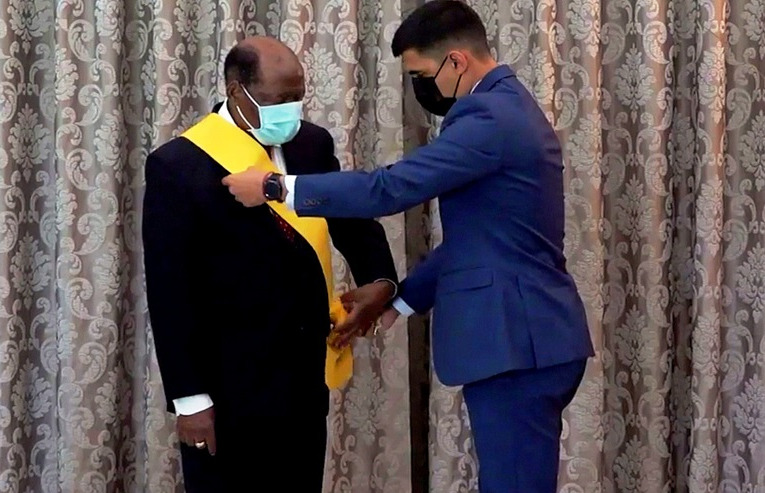 ​The Government of Venezuela awards former Mozambican president Joaquim Chissano the Order of Francisco de Miranda’ in recognition of the former head of state’s “contribution to all forms of struggle, independence and development.”

During a videoconference called 'Dreams of Freedom,' regarding the tribute of the Bolivarian Government to the leaders of the African Independence processes, the Venezuelan president greeted and thanked the solidarity shown by the peoples and governments of that continent towards the nation, in the face of the systematic attacks and coercive actions applied from the administration of imperial powers.

"We share with Mother Africa the struggle for independence to achieve the happiness of our peoples, masters of their own destiny, breaking the chains of colonialism and the shameful apartheid regime," he said.

The occasion was propitious for the Bolivarian head of state to award the "Order Francisco de Miranda in First Class" to the leaders of the Independence struggles of Mother Africa.

"This decoration that we are giving you today is more than well-deserved.  You are an example of resistance, courage, constancy and loyalty," said President Maduro.   The Venezuelan President reviewed the heroic struggles in Angola, Mozambique, Namibia, South Africa and Zimbabwe, peoples whose spirit of freedom, justice and love for their people he highlighted.