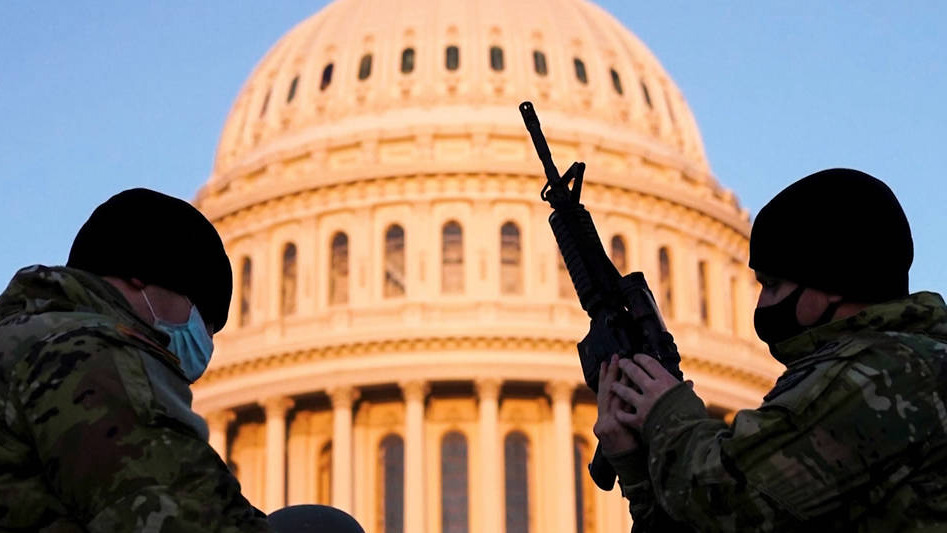 Members of the National Guard are seen on the east front of the US Capitol building in Washington, DC

Washington, March 3 (RHC)-- Police in Washington, DC have intensified security measures on Capitol Hill over a prediction by a QAnon conspiracy theory, in which the far-right group claims that former U.S. President Donald Trump will return to the White House on March 4.

QAnon is an officially discredited extremist conspiracy theory that the world is run by a secret circle of Satan-worshipping, cannibalistic pedophiles.  Moreover, the adherents of QAnon claim that this circle has plotted against Trump.  They also predicted that Trump would not leave the office on January 20th.  Instead, according to the  group, he would announce martial law and arrest all the members of the Democratic Party, including Joe Biden. When the prophecy didn't come true, they changed the date from January 20th to March 4th, the original inauguration day for all the presidents since 1933.

The extraordinary security measures come two months after the January 6th deadly protests, when the armed supporters of Donald Trump stormed the Capitol building in Washington and threatened to kill the members of Congress in case of approving Joe Biden’s victory in the presidential election.  A number of individuals believed to be QAnon followers were also among those who have been arrested by the law enforcement forces on that day.

While the FBI has labeled QAnon as a potential domestic terror threat, Donald Trump has so far refused to disavow the group.