House passes bills with path to U.S. citizenship for farmworkers and DACA recipients 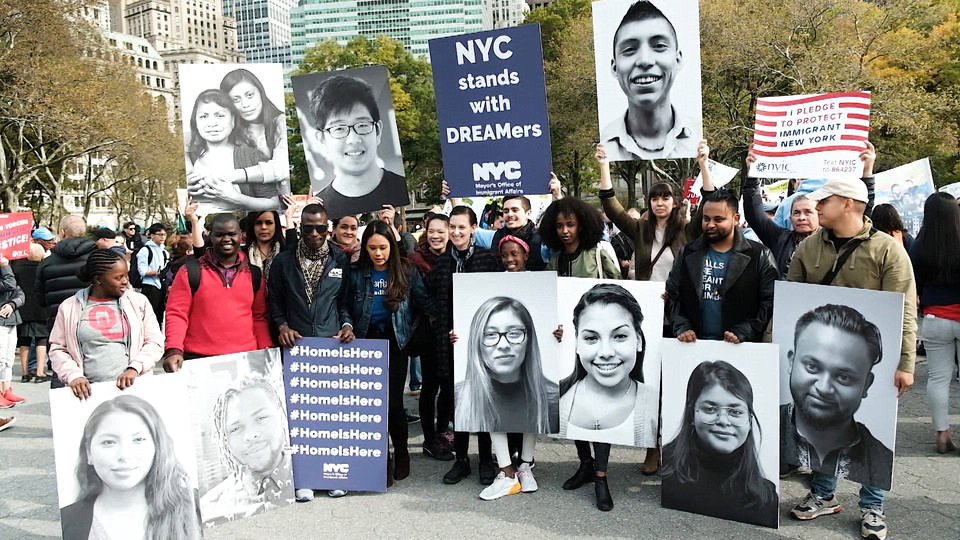 House passes bills with path to U.S. citizenship for farmworkers and DACA recipients

Washington, March 19 (RHC)-- The U.S. House of Representatives passed two immigration bills that would establish a pathway to citizenship or legal residency for undocumented people brought to the U.S. as children, some immigrants with temporary protected status, as well as undocumented farmworkers.

The American Dream and Promise Act would largely apply to people with Deferred Action for Childhood Arrivals, DACA, and would reportedly benefit some 2.5 million undocumented immigrants.  The second bill, the Farm Workforce Modernization Act, would allow about 1 million undocumented farmworkers to get a green card if they pay a penalty and continue to work in the industry for four to eight more years.

While some advocates have celebrated the bills, many are denouncing the exclusion of millions of other undocumented people, including those who have been convicted of a crime.

Jacinta González, senior campaign organizer at Mijente, said: “If we learned anything in 2020, it’s that the policing and mass incarceration systems in this country are fundamentally rigged against Black and Latinx people, and the American Dream and Promise Act is no exception. Criminalization born of a racist system cannot be the measure by which we determine who belongs and who goes.”

The bills now head to the U.S. Senate, where they face an uphill battle as 10 Republicans would have to vote with every Democrat to pass the legislation.