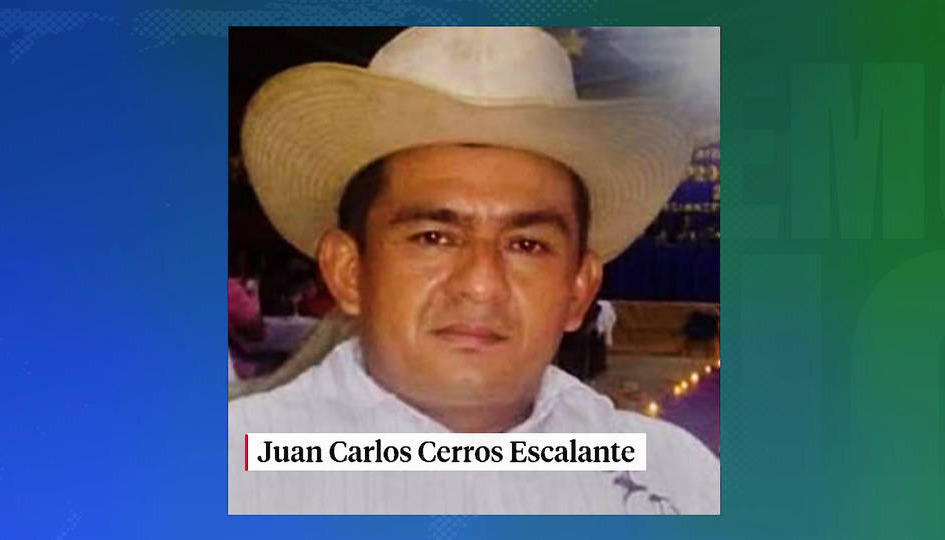 Honduras is one of the world’s most dangerous countries for activists.  (Photo: Reuters)

Tegucigalpa, March 24 (RHC)-- An Indigenous environmental activist has been killed in Honduras in the latest of many attacks on environmentalists.  Carlos Cerros, a representative of the Indigenous Lenca people, was shot dead in the street near the city of San Antonio in the northwest of the country, the daily La Prensa reported.

The 41-year-old was reportedly gunned down on Monday night in front of his children.  A suspect has been arrested, the National Police said in a tweet. The motive behind the killing remains unclear.

Cerros was president of a local advocacy group, United Communities, and had campaigned against a hydroelectric power station in the region.  “We condemn the shameful murder of our comrade in arms,” United Communities wrote on its Facebook page, demanding justice and security for the slain activist’s family.

Honduras is one of the world’s most dangerous countries for activists, with 14 land and environmental defenders killed last year, up from four in 2018, according to data made available by advocacy group Global Witness.

Felix Vasquez, a longtime Lenca environmental activist, was shot by masked men in front of relatives last December in his home in Santiago de Puringla.  Vasquez, who was seeking the opposition Libre party’s nomination to run for Congress, had fought hydroelectric projects and land abuses for years.

In the same month, activist Jose Adan Medina was found shot dead in a remote location in the community of El Volcan, also in western Honduras.

The killing of Berta Caceres, winner of the Goldman environmental prize, in 2016 brought violence against environmentalists in Honduras to international attention.  Caceres, a prominent activist and founder of the Indigenous organisation COPINH, was murdered in her home.  She also fought for the rights of the Lenca people and against the construction of the Agua Zarca hydropower plant.

Seven perpetrators were sentenced to up to 50 years in prison for her murder, including contract killers, soldiers and employees of the construction company.