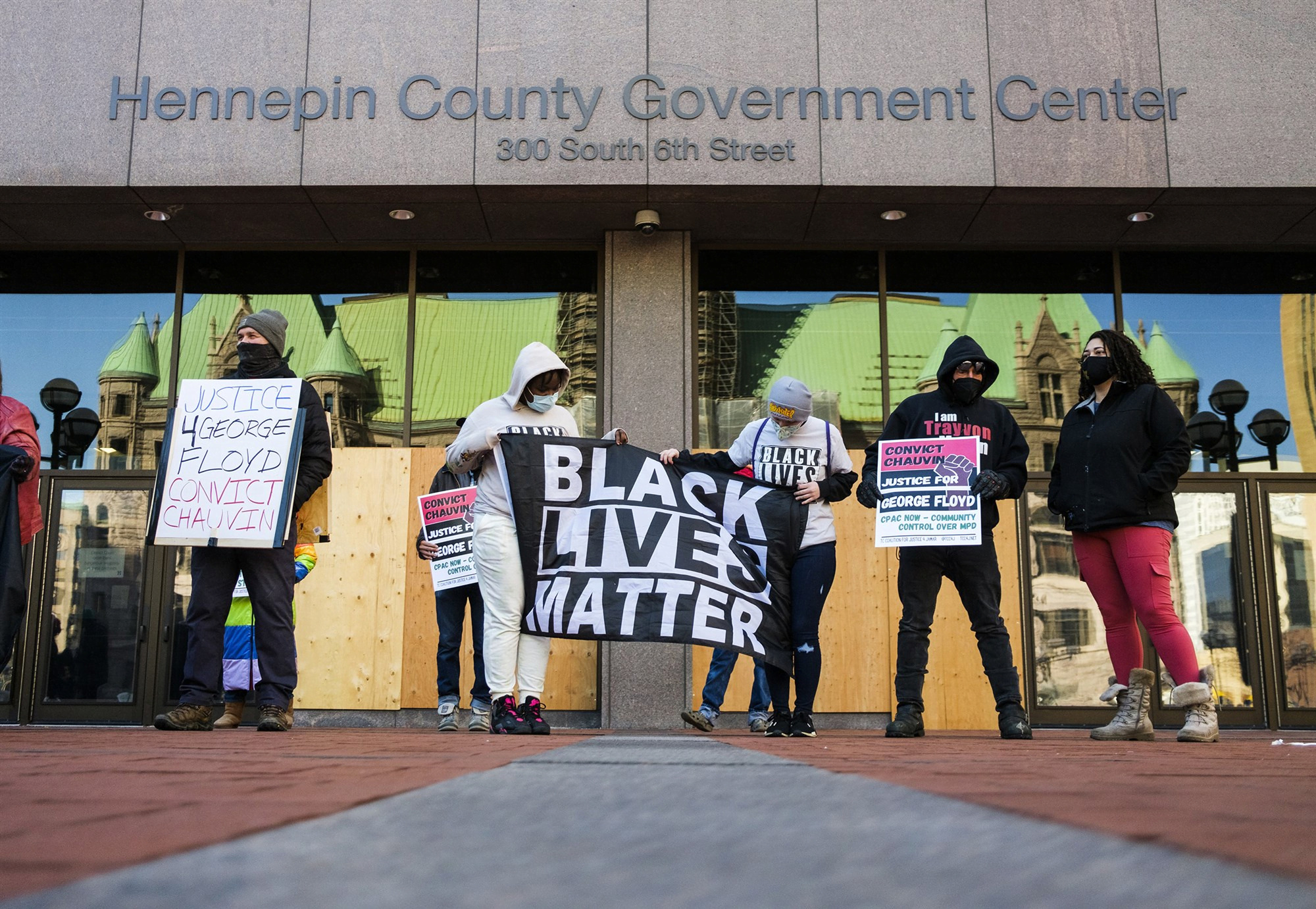 Minneapolis, March 29 (RHC)-- In the U.S. city of Minneapolis, opening statements began Monday in the trial of former police officer Derek Chauvin, who killed George Floyd last May by kneeling on his neck for over nine minutes.

George Floyd’s death set off a worldwide protest movement.  Chauvin is charged with second- and third-degree murder, as well as manslaughter.  National Guard troops have been deployed to the courthouse, which is also surrounded by concrete barriers, fencing, barbed and razor wire in anticipation of peaceful protests.

George Floyd’s family and friends came together yesterday for a vigil at a Minneapolis church.  One of Floyd’s brothers, Terrence Floyd, said: “We’re asking the system for the justice.  But this gathering we’re doing right now is what’s needed.  We’re going to take not one knee, but both knees.  Get down.  And we’re going to ask God for the justice, because our justice can’t compare to his.”