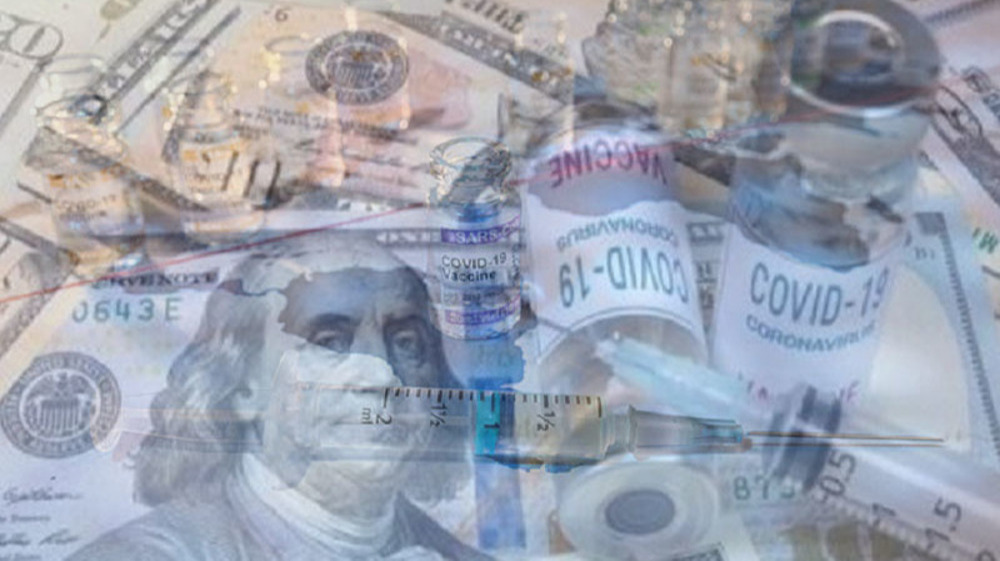 New York, May 2 (RHC)-- The United States is being pressed to lift a patent-related restriction, allowing other nations access to the knowledge to develop COVID-19 vaccines and treatments for the respiratory disease.

According to media reports, the U.S. has opted to make profits at the expense of innocent lives, while hoarding the vaccine for its own citizens.   The deadly and highly contagious coronavirus has had a huge impact on billions of people's lives, weighing down on the economy, putting workers out of work around the globe and more.

After unraveling the inner workings of the virus, various countries around the world began developing their own versions of a COVID-19 vaccine.

The program proved successful, and the country produced different vaccines for the disease.  But under patent related restrictions, it prevented other nations from having access to the know how to produce life saving vaccines at home.

With Donald Trump no longer in office, President Joe Biden is now facing increasing pressure to issue a waiver for the restrictions.  Several Democratic leaders, including senators Bernie Sanders and Elizabeth Warren, have joined a petition with 2 million signatures demanding that the U.S. administration drop its support of the World Trade Organization agreement that prevents other countries from accessing the patents.

Oxfam has called the current situation of the distribution of jobs in the world as vaccine apartheid, considering the fact that the world is dealing with a public health emergency, and that the pandemic is not a private profit opportunity and should not be viewed thus.

Observers say that the fact that the U.S. does not want to remove a patent on some of its key vaccine developments against COVID-19 is another symbol of how this empire is ruled by profits, by money, by the pursuit of wealth against everything else.

Ramiro Funez, political activist and commentator, said that the United States "doesn't care about human life; it doesn't care about human beings and their health and prosperity."  Funez said: "They only care about money because the United States worships money, its God is money.  And it's something that's horrible to understand because we're in the middle of a overcoming a pandemic that is still very much a threat to a lot of people around the world."

These comments came ahead of shareholder meetings for pharmaceutical conglomerates.  While the global economy remains frozen due to the slow and uneven vaccine rollout worldwide, the soaring shares of vaccine makers has created a new wave of billionaires.

“This is a public health emergency, not a private profit opportunity,” said Oxfam Health Policy Manager Anna Marriott.  “We should not be letting corporations decide who lives and who dies while boosting their profits.  We need a people’s vaccine, not a profit vaccine.”

According to data from Johns Hopkins University peoples in the United States have received approximately a quarter of the total number of vaccines administered worldwide.  Other wealthier nations in the world have also received significantly higher numbers of vaccines compared to middle and low income countries.

A Washington Post report indicates that the United States will have an oversupply of hundreds of millions of Coronavirus vaccine doses as soon as July.  The figure has raised concerns about possible hoarding in the country.

Earlier this month Amnesty International condemned richer countries for failing a "rudimentary test of global solidarity by hoarding COVID vaccines", accusing them of exploiting the pandemic and undermining human rights.

The UN agency says its plan to roll out 1.3 billion doses of vaccine to low and middle income nations by the end of this year has been slow as wealthier nations are approaching vaccine manufacturers that the COVAX programme is counting on.

And Ramiro Funez added: "We cannot expect these big countries, like the United States, like the United Kingdom, to save us, because they haven't and we're seeing that happen as we speak.  We're seeing these first world developed countries hoard access to medicine and vaccines that can potentially save the lives of millions of people around the world. And the only way we're going to get around this is developing the means of production, developing infrastructure, doing what Iran is doing, what China is doing, what Venezuela and Cuba and Russia and others are doing, and creating pharmaceutical industries that are not dependent on Pfizer, not dependent on Moderna, not dependent on Johnson and Johnson, but our shared technologies; by all people around the world."