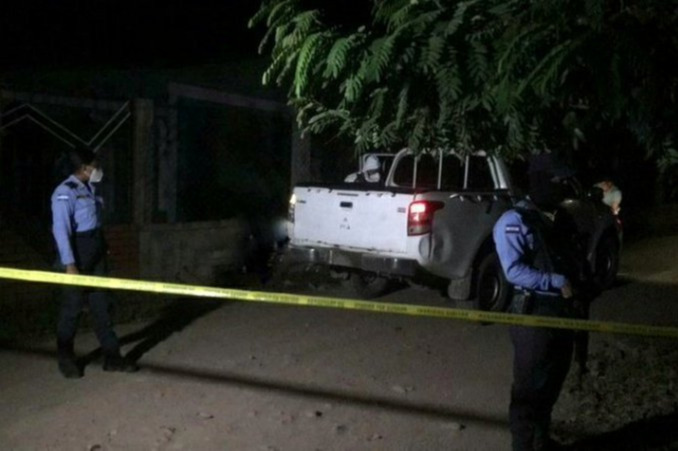 Drug-related violence is at the heart of a massacre in northern Honduras that left six people dead. | Photo: Twitter: Honduras National Police

Tegucigalpa, May 9 (RHC)-- Six people lost their lives violently in a massacre registered on Friday in the municipality of Olanchito, Yoro (northern Honduras) in the midst of the wave of violence that shakes the Central American country.

According to preliminary versions from local police, the victims were at a funeral wake when armed individuals violently burst in and shot them to death.  The violent incident took place in the village of El Crucete in the same municipality, which leads to Sabá, Colón.

The neighbors of the area, in declarations to the local press, reported that they had never seen anything like this and that the shooting lasted several minutes.  Members of the National Police arrived at the scene to cordon off the crime scene as well as personnel from the Public Prosecutor's Office and Forensic Medicine to carry out the removal of the bodies.

According to the preliminary report, several of those killed had stab wounds with strong lacerations on their heads. However, firearms were also used in the act, since some of the victims had injuries in the form of orifices.

In the meantime, law enforcement authorities are handling some hypotheses as to why the events took place. According to them, they do not rule out a fight over drug distribution as the main reason.  Their investigations indicate that the person being watched over allegedly had a marijuana plantation in a local hamlet.

The National Police of the Central American country reported Saturday that the number of homicides increased by 6.4 percent between January and April 2021 compared to the same period in 2020.  Honduras ended the month of April with 269 violent deaths, bringing the record for the first four months to 1,135 victims, according to the same institution.

Honduras, El Salvador and Guatemala, which make up Central America's Northern Triangle, are among the most violent countries in the world, with gangs, drug trafficking and organized crime the main culprits.