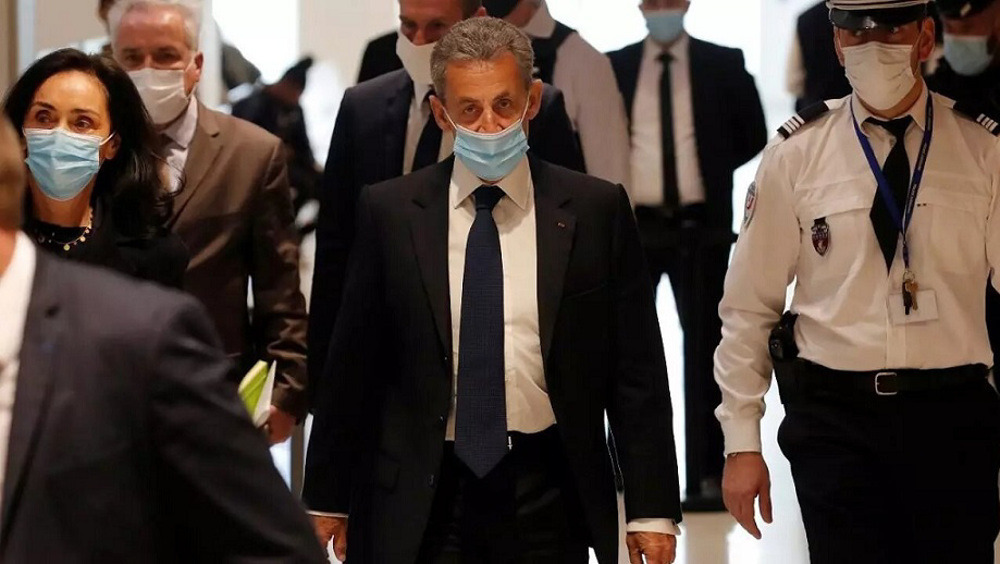 Paris, May 21 (RHC)-- The trial of former French President Nicolas Sarkozy over allegations of illicit financing for his failed 2012 re-election bid has resumed after it was adjourned in March because a lawyer contracted COVID-19.

Back on May 1st, the 66-year-old politician became the European country’s first postwar president to be sentenced to prison when he received a three-year term, two years of which were suspended, for alleged corruption and influence peddling.

Sarkozy did not appear in the opening of his latest trial in Paris, but 13 other individuals accused of being his accomplices were all in attendance, including the deputy manager of his 2012 campaign, Jerome Lavrilleux.  However, judges later adjourned hearings until May 20 at Lavrilleux’s request because his attorney had been hospitalized with COVID-19.

The trial of the former leader of France, president from 2007 to 2012, resumed on Thursday, bestrode the national and global stage.  Prosecutors accuse the former president’s conservative party of having splashed out almost double the 22.5 million euros permitted under electoral law on lavish campaign rallies.  It was further accused of employing a friendly public relations agency to conceal the spending.

In their indictment against Sarkozy, the prosecutors admitted that they could not prove the former president either organized or was involved in the purported scheme.  However, they stressed that he must have been aware of it.

Sarkozy has repeatedly denied wrongdoing, stressing that he was not aware of a fake billing process. If convicted, he faces up to a year in prison and a fine of up to 3,750 euros.  Lavrilleux, for his part, has publicly acknowledged overseeing the rerouting of funds paid to the PR agency Bygmalion to hide the costs, saying that he acted on his own initiative.