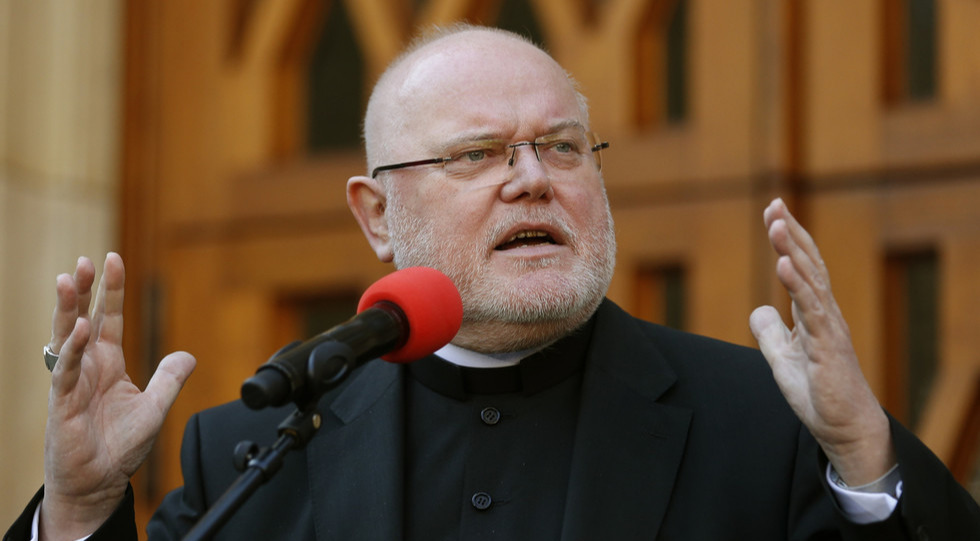 The Cardinal -- the head of the Catholic Church in Germany -- wrote a letter to Pope Francis offering his resignation as Archbishop of Munich and Freising last month, but it was only released by the Archdiocese on Friday.

In his letter, the Cardinal writes that “these are times of crisis for the Church in Germany,” which has to some extent been caused by the Church’s own “failure” and “guilt”. He adds that the Church has reached a “dead end” which, he hopes, has the potential to become a “turning point”.

"In essence, it is important to me to share the responsibility for the catastrophe of the sexual abuse by Church officials over the past decades," he wrote.  The Cardinal points to investigations and reports on abuse over the past decade which, he says, apart from many personal and administrative failures, exposed institutional or “systemic” failure. He laments the fact that some members of the Church refuse to believe that there is a shared responsibility, and also insists it’s wrong to “bury” the problem with an assertion that it’s all in the past.

I feel that, through remaining silent, neglecting to act and over-focussing on the reputation of the Church, I have made myself personally guilty and responsible.  “Overlooking and disregarding the victims was certainly our greatest fault of the past,” he added.

In 2018, a report commissioned by the Church found that at least 3,677 people had been abused by clergy in Germany between 1946 and 2014, with more than half of the victims aged 13 or younger at the time of the abuse. About 1,670 clerics, mainly priests, were implicated. At the time, Marx said he felt ashamed and wanted to apologize to the victims.

In March this year, another report exposed that hundreds of children, mostly boys under the age of 14, had been sexually abused between 1975 and 2018 in the Catholic diocese of Cologne and that Church officials failed in their duties. Last month, Pope Francis ordered a review of whether the Catholic Church in Cologne had made errors in handling the allegations. Cologne Cardinal Rainer Maria Woelki said in March that “silence, secrecy and lack of oversight” had created a system that allowed for a “cover-up” of abuse.

The Catholic Church has been embroiled in similar sexual-abuse scandals in a number of countries around the world, including Ireland, France, the US and Australia.

Last November, Pope Francis pledged to rid the church of sexual abuse following a detailed report into a decades-long cover-up of sexual misconduct by former American Cardinal Theodore McCarrick.  The report blamed a host of top church officials for dismissing evidence against McCarrick’s misconduct which began in the 1990s, but laid the blame mostly on former pope St. John Paul II, who’d appointed McCarrick archbishop of Washington in 2000 and made him a cardinal, despite a previous inquiry into his behavior.

Also in the United States, the Bishop of the city of Buffalo, NY, resigned in 2019 over an alleged cover-up of child sexual abuse.

In France, preliminary findings of an independent report released in March suggested that at least 10,000 children had been abused by clergy and other officials of the Catholic Church since the 1950s. The final report is expected to be presented in late September or early October 2021.

In his letter, Cardinal Marx, who has been a priest for 42 years and a bishop for almost 25 years, “strongly requested” the Pope to accept his resignation.  According to the Resignations and Appointments section on the Vatican’s website, as of June 4th, Pope Francis has not yet accepted the resignation of Cardinal Reinhard Marx.