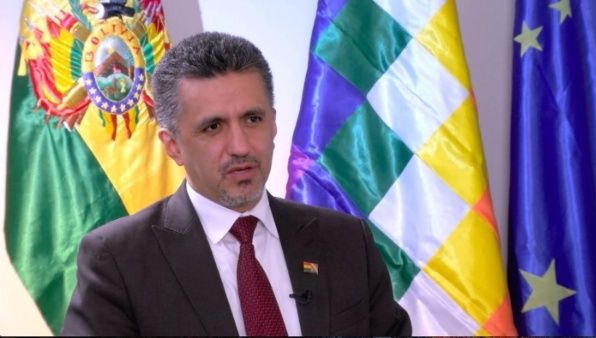 Executive Secretary of the Bolivarian Alliance for the Peoples of Our America / Peoples' Trade Agreement, ALBA-TCP, Sacha Llorenti,

La Paz, June 10 (RHC)-- The Executive Secretary of the Bolivarian Alliance for the Peoples of Our America / Peoples' Trade Agreement, ALBA-TCP, Sacha Llorenti, assured that the United States is taking advantage of the pandemic as a weapon to strengthen illegal measures against countries such as Venezuela and Cuba.

"The U.S., together with its allies, is taking advantage of the pandemic to maintain and sometimes strengthen measures that, in themselves, are a crime against humanity", said the official during an interview on the program "Cruce de Palabras" broadcast by teleSUR.

In the same way, he pointed out that while during Donald Trump's administration 243 measures were applied to strengthen the blockade against Cuba, the new presidency has not lifted a single one, despite the fact that the pandemic is a global phenomenon that requires international cooperation.

During the program, the Secretary referred to the creation of a Humanitarian Fund for the purchase of vaccines from the countries that are part of the ALBA-TCP.   With this alternative, it has been possible to purchase up to 14 percent of the total amount of doses needed by these nations.

Likewise, the alliance made it possible to transfer vaccines, totally free of charge, from China to Dominica, since the price of the transfer was even more expensive than the value of the drugs themselves.

ALBA-TCP was born in 2004 as an alternative organization to the neo-liberal model and is now reborn as a solid alliance to resist and propose a path towards unity, in opposition to any divisive attitude in the continent.