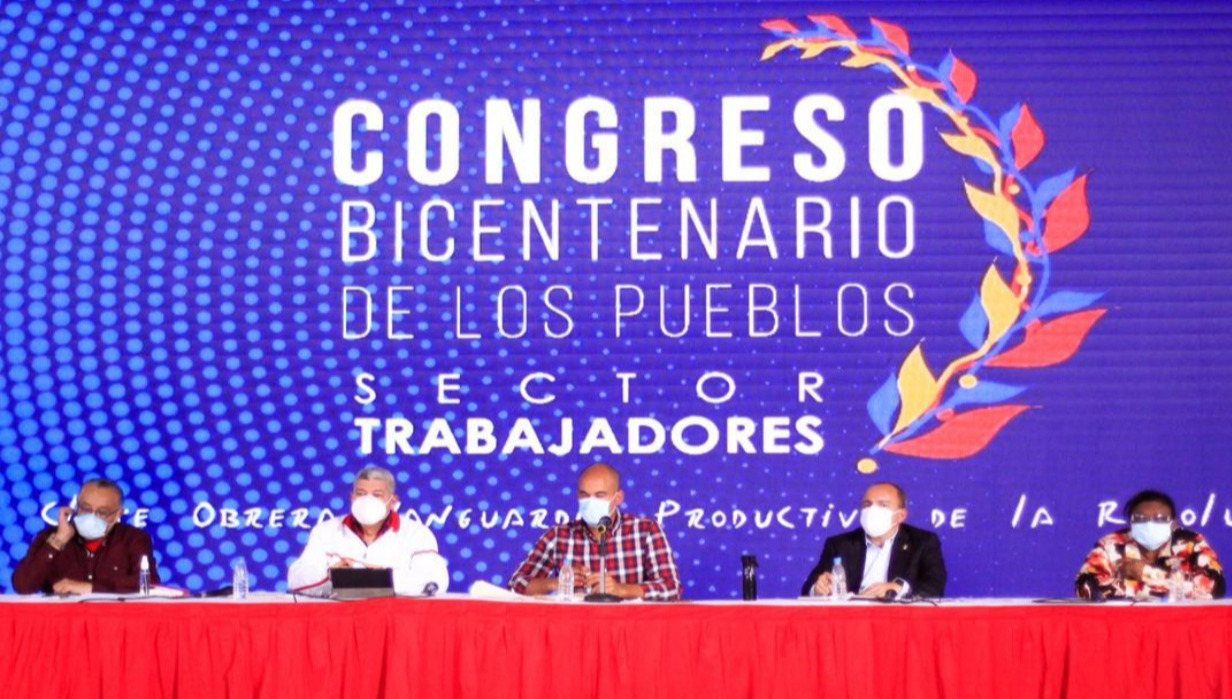 The Bicentennial Congress of the Peoples continues its sessions. Photo: El Universal

Caracas, June 24 (RHC)-- After two days of sessions, the Bicentennial Congress of the Peoples has been reaffirmed as an anti-imperialist platform in support of the peoples suffering the consequences of the blockade by the United States and its allies.

Delegates to the event expressed in their speeches their rejection of the coercive and unilateral actions imposed by Washington on Venezuela, Cuba, Iran and other countries, and reaffirmed their solidarity with the Palestinian cause, the Colombian people and the social demands.

In declarations to the press media, Italian journalist Geraldina Colotti pointed out that this meeting is a moment of reaffirmation of the unity of progressive forces, of support to those sister nations.

"The fact that in the midst of all the situation the world is going through, representatives of a hundred countries are here, is already a triumph, a victory, because we are also going to celebrate together with Venezuelans and President Nicolás Maduro, the bicentennial of the battle of Carabobo", she said.

For his part, Mahir Qurbanov, director of the Caucasian Thought Center of Azerbaijan, assured this agency that his country will always be aligned in favor of Venezuela and will maintain its support and recognition to the Bolivarian government without yielding to the pressures of others.

The president of the Indigenous Parliament in this nation, Jimmy Rodriguez, expressed that the Congress is a platform of struggle where the indigenous representatives of more than 10 nations have denounced the coercive actions of the White House and the repression against social and political movements.

Meanwhile, the General Secretary of the Indigenous Movement of Venezuela, César Carilla, told this agency that among the proposals to be presented are some aimed at the consolidation of Runasur, an instance proposed last April by former Bolivian President Evo Morales, to articulate a plurinational America.

Andreína Tarazón, Executive Secretary of the International Coordinating Committee of the Congress emphasized that the event has allowed to review the strategies and the lines on which the work of the social and political forces should be focused.

She recalled that the meeting is not only to celebrate the bicentenary of Carabobo, but also a moment of convergence and solidarity with Venezuela and all the countries that are victims of the coercive and unilateral actions imposed by the United States and its allies. (Source: Prensa Latina)