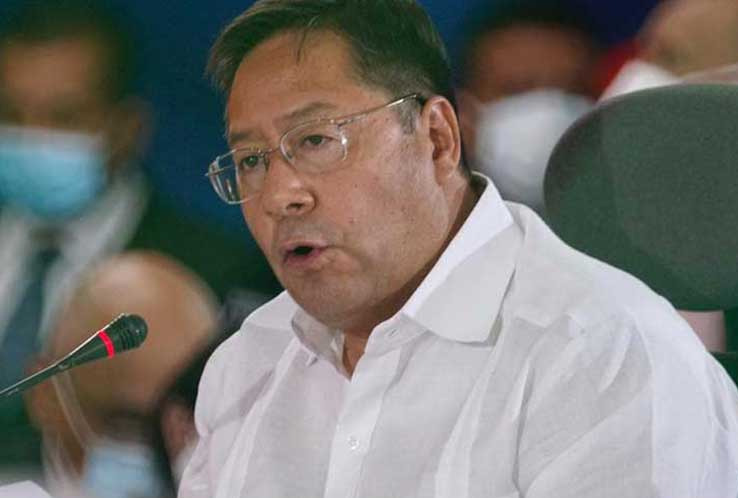 La Paz, July 31 (RHC)-- Bolivian President Luis Arce called Friday for the unity of Latin American countries during a virtual summit convened by the Puebla Group.  At the meeting, the head of state of the Andean-Amazonian nation referred to the importance of joining efforts in the face of probable reappearances of the old neoliberal model.

We must exchange experiences of our countries on this issue to advance in the isolation of this old model, in the first instance, and then defeat neoliberalism in the countries where this syndrome is still present, said the president.

He also stressed that the people of each of the nations of the continent have the right to know what is going on, which is why the Puebla Group is a fundamental element to have that coordination.

At the meeting that celebrated the second anniversary of the referred alliance, the Bolivian president also emphasized the events of the 2019 coup d'état in his country.  In that sense, he said that this fact demonstrates how the political right wing coordinates its actions in the whole Latin American context. On the other hand, he called on those present at the meeting to unify efforts in the face of the crisis generated by COVID-19.

In this regard, he mentioned the campaign led by Bolivia to free the right of patents with the objective of producing vaccines against the new coronavirus, 'because the most important thing is a generalized vaccination', he said.

The meeting also included speeches by the presidents of Argentina, Alberto Fernández and former presidents Rafael Correa of Ecuador and Ernesto Samper of Colombia, among other personalities from the continent.

The Puebla Group, an organization with leaders from 16 countries, was founded in 2019 in the Mexican city of Puebla -hence its name- with a clear vocation in defense of the self-determination of peoples and the promotion of a solidarity system of development for the region.