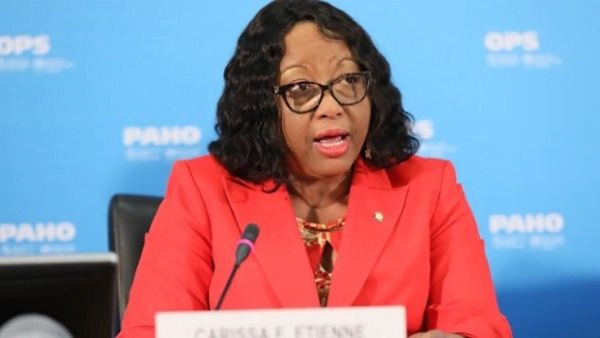 The PAHO official pointed out that the region has the highest incidence of the pandemic in the world at present. | Photo: ACN

Washington, August 5 (RHC)-- The Pan American Health Organization (PAHO) has called for more vaccines to be urgently donated for Latin America and the Caribbean, where positive cases of coronavirus continue to increase and an average of only 18 percent of the population has been immunized.

PAHO director, Carissa Etienne, regretted that the region surpassed the figure of twp million deaths as a result of the pandemic.  "The figure is approximately equivalent to the population of Houston, Texas," she said.

"We need more vaccines, through donations or direct purchases for our countries, and we need them now," Etienne said.  Referring to the number of people who have so far received the full vaccination schedule in the region, she said that "while some countries have immunized half of their population or more, in Latin America and the Caribbean only 18 percent are protected," she added.

The PAHO official pointed out that the region has the highest incidence of the pandemic in the world at present.  "The region has suffered around 20,000 deaths and 1.2 million infected in the last week."

Etienne informed that infections are "accelerating" in North America, with an increase of cases in the south and east of the United States; she also mentioned central Mexico and Guatemala, of which she said that "there is a boom."

In reference to the Caribbean, the PAHO director detailed that infections continue to increase in Cuba, Martinique and the British Virgin Islands, while in South America infections "are decreasing", with the exception of some Brazilian states.

On Wednesday, PAHO welcomed the WHO's call for a global moratorium on a third vaccine dose, so that there will be enough vaccines to immunize "at least ten percent of the population in each country."