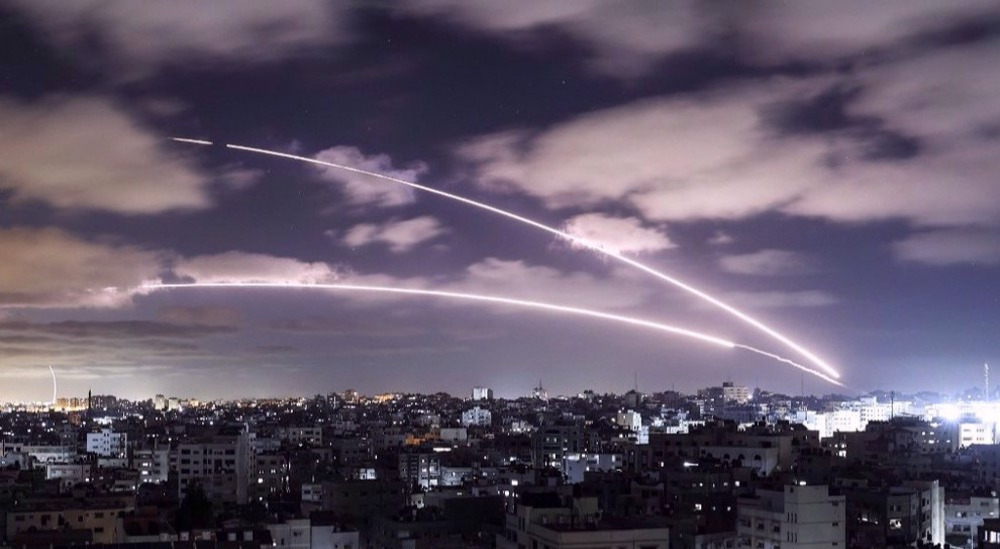 In a statement, the Israeli military said that it had struck several locations in Gaza in the early hours of Saturday, adding that the aggression came after a rocket from the blockaded enclave was fired toward the occupied territories late Friday.

There were no immediate reports of injuries or damage in Gaza.  Earlier, the Israeli military claimed that its so-called Iron Dome had managed to intercept the Israel-bound rocket, which sounded warning sirens in the Eshkol region, near the borderline with Gaza Strip.

However, local residents in the region reported hearing several explosions.

Palestinian media earlier reported that more than 10 rockets had been fired from Gaza toward the occupied territories.

Israeli forces in the occupied West Bank have arrested more relatives of the six Palestinians that recently managed to escape from the regime’s highly-fortified Gilboa prison.

Hours earlier, Israel said it had arrested several of the six Palestinian inmates, who had managed to escape in a jailbreak, in the northern town of Nazareth.

In the incident, a former commander of the al-Aqsa Martyrs’ Brigade in Jenin, and five members of the Islamic Jihad group tunneled their way out through their cell’s drainage system to escape from the maximum-security Gilboa prison in the predawn hours of Monday.

It was the biggest Palestinian escape from an Israeli jail since 1987 when six members of the Islamic Jihad broke out of a heavily-guarded jail in Gaza.