Australia helped CIA in military coup against Allende in Chile 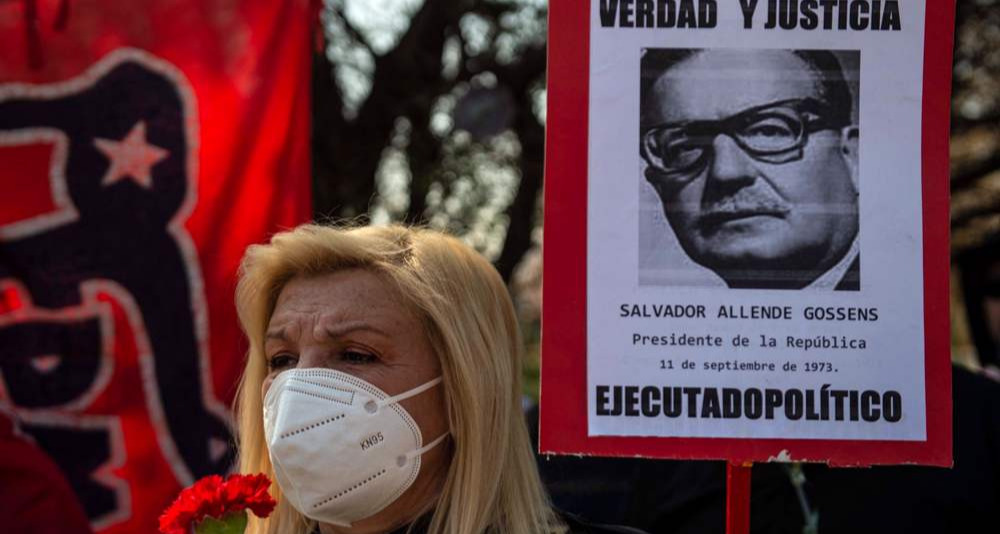 This photo taken on September 11, 2020, shows a woman holding a flower and a sign with the picture of deposed Chilean President Salvador Allende reading “Truth and Justice". (Photo by AFP)

On September 11, 1973, an American-orchestrated military coup against Allende's government resulted in a long-time dictatorship led by the coup leader Augusto Pinochet.

On the 48th anniversary of the coup, declassified documents published by the National Security Archive reveal that spies from the Australian Secret Intelligence Service (ASIS) assisted in the destabilization of Allende's leftist government.  At the request of the CIA, ASIS established a secret base in Santiago in the fall of 1970.

Liberal Party Foreign Minister William (Billy) McMahon had reportedly approved the cooperation of ASIS agents with the CIA.  The base operated for approximately 18 months and involved Australian agents and equipment alongside several Chilean spies recruited by the CIA in Santiago.   The group gathered intelligence that was relayed to CIA headquarters in Langley, Virginia.

According to one of the declassified documents, Australia's then-Prime Minister Gough Whitlam, elected in December 1972, was “uncomfortable” with the participation of Australia, because if the acts of international espionage were made public it would be “extremely difficult” to justify their presence there.

Whitlam ordered ASIS director at the time, William Robertson, to dissolve the den of spies that Australia set up in Chile to assist the Americans to topple Allende's democratically-elected government.  Despite Whitlam's order, an Australian intelligence agent reportedly stayed in Santiago de Chile until after the U.S.-led coup was carried out.

Another report also noted that the prime minister “was well aware of the importance of this (operation) to the Americans” and “was very concerned that the CIA should not interpret this decision (of the closure of the base) as a hostile gesture towards the U.S. in general or towards the CIA in particular."

Numerous crimes against humanity, persecution of opponents, political repression, and state terrorism were committed by the Chilean armed forces, members of Carabineros de Chile, and agents of the secret police of the Pinochet regime from 1973 to 1990.