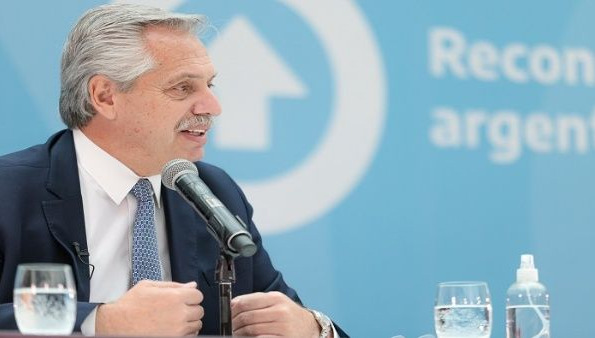 The president of Argentina, Alberto Fernandez, announced  that the minimum, vital and mobile salary will be raised 46 percent starting next month.

Buenos Aires, September 19 (RHC)-- The president of Argentina, Alberto Fernandez, announced  that the minimum, vital and mobile salary will be raised 46 percent starting next month.  The announcement came on the heals of the Primary, Open, Simultaneous and Mandatory (PASO) legislative elections.

With this announcement, the minimum salary for full-time workers will reach 32,367 Argentine pesos, because currently the amount is 29,160 Argentinian pesos.  Likewise, the local media report that the increase will also serve to define the amounts of different benefits such as the Universal Child Allowance (AUH) or the Universal Pregnancy Allowance (AUE), among others.

After the PASO elections, the Argentinean president indicated that he has heard his people. "High-handedness and arrogance do not nest in me.  The management of the government will continue to develop in the way I deem convenient.  That is what I was elected for."

"As long as I do so, I will continue to guarantee the unity of the Frente de Todos based on the respect we owe each other.  It is time that our only obsession is to promote the prosperity of the men and women of our country."