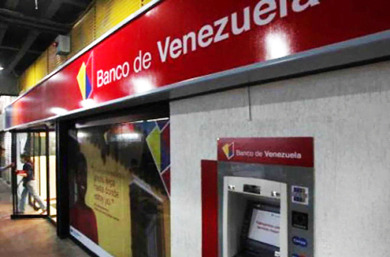 The BDV requested the Public Prosecutor's Office to initiate an investigation to find those responsible for the attack. | Photo: VTV​​​

Caracas, September 20 (RHC)-- Banco de Venezuela (BDV) S.A. announced this Monday to all its users the reestablishment of services as of 14:00 (local time) after the terrorist attack against its virtual platform on Friday, September 17th.

"Banco de Venezuela informs its customers and users that after the cyber attack that affected our platform, and thanks to the tireless efforts and hard work of our employees and technological allies, we have achieved the reestablishment of the platform and services," the BDV statement reads.

The document adds that the reestablishment took place with full data identity and integrity of the funds of savers and customers, which ensures the availability of services and electronic channels.

At the same time, the financial entity apologized to users for the suspension of services during the attacks.   "We reiterate our apologies for the inconveniences caused during the previous days and we our commitment to responsibly attend to any claim or affectation that you consider has not been resolved," they added.

Last September 17, the Venezuelan Vice-Presidency for the Economy had denounced a massive hacking of the BDV's platform, which was intended to alter the banking data of the country's financial system.

The BDV platform constitutes the so-called Sistema Patria, a mechanism used by the National Government to guarantee socioeconomic support to the population in the midst of the illegal economic sanctions imposed by the United States, as detailed by the Vice-Presidency of the Economy.

At the time, the financial authorities requested the Public Prosecutor's Office to initiate a thorough criminal investigation for the purpose of finding those responsible for the attack against the Venezuelan banking system.