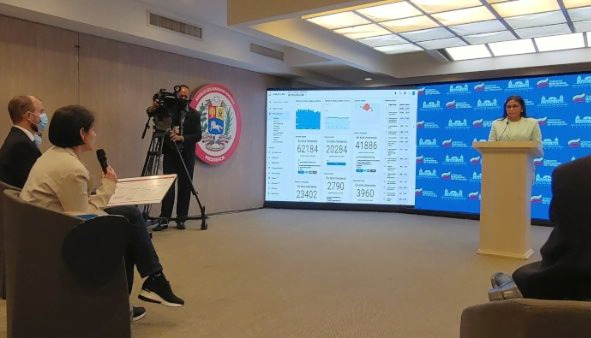 Venezuela accuses U.S. of carrying out attack on banking institution

The Venezuelan official denounced that the set of computer attacks sought to degrade the functioning of the system, registered from the United States.  This attack went straight to the heart of the Venezuelan financial system.

"Banco de Venezuela is not just any bank," she said.  "It is the bank of the Venezuelan people, it is the largest in the country and has 14 million users."

All of the bank's total operations are available almost in their entirety this Wednesday, Delcy Rodríguez announced.   She explained that the entity had to suspend its functions after the continued systematic attacks last week in order to preserve the data of its clients, the integrity of the accounts.

"Thanks to the workers of Banco de Venezuela, already 90% of the operations that were carried out on September 15, were successfully effective."