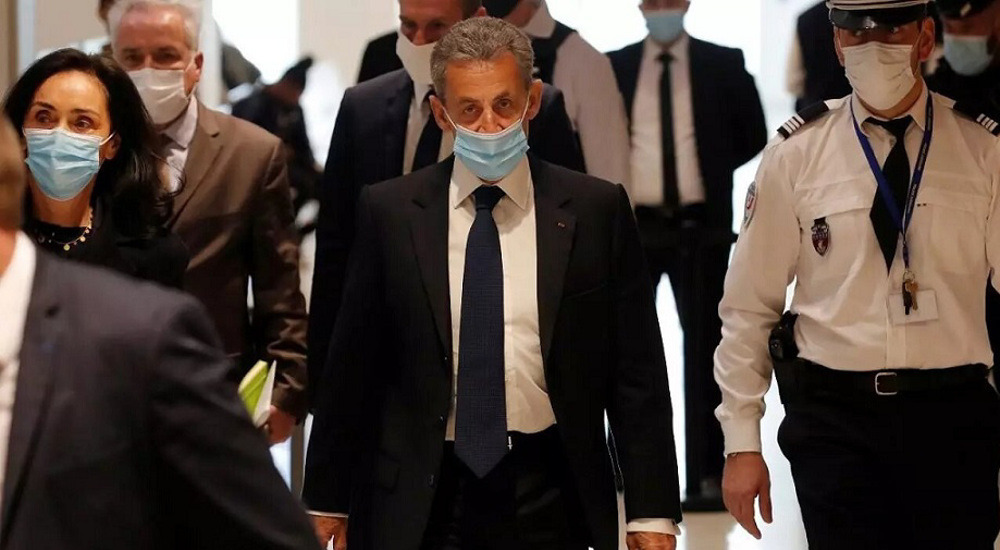 The court, in a ruling on Thursday, said Sarkozy, France’s president from 2007 to 2012, would be allowed to serve his one-year sentence at home by wearing an electronic monitoring bracelet.
Sarkozy, who wasn’t present at the Paris court for the verdict’s announcement, was accused of having spent almost twice the maximum legal amount of 22.5 million euros ($27.5 million) on the re-election bid that he lost to Socialist Francois Hollande.

A series of lavish US-style election rallies caused his costs to spiral, with the final bill coming to at least 42.8 million euros ($49.7 million).  The case is known as the Bygmalion affair, after the name of the public relations firm that set up a system of fake invoices to mask the real cost of the events.

During his hearing in June, Sarkozy denied any fraudulent intent and told the court the extra money didn't go into his campaign, but instead helped make other people richer.

}But prosecutors argued Sarkozy is “the only person responsible for his campaign financing” and that he chose to exceed the limit by organizing many rallies, including giant ones.  The court also stated that Sarkozy “knew” weeks before the 2012 election that the legal limit was at stake and “voluntarily” failed to supervise additional expenses.

It was the second guilty verdict this year for Sarkozy, who retains influence among conservatives despite falling from grace over his legal woes.  The Thursday verdict came six months after he was found guilty of corruption in a separate trial.

He was given a jail term for corruption and influence peddling in a separate trial, when he tried to obtain confidential information on a judicial inquiry.   The former president was sentenced to three years in jail in that trial - two of which were suspended.

Outside France, Sarkozy has been implicated in a number of other scandals which are also still being investigated.  He is accused of receiving kickbacks from a Pakistani arms deal to finance the 1995 presidential campaign of former premier Edouard Balladur.

Sarkozy championed a NATO-led military intervention in Libya to support an uprising against its former leader Muammar Gaddafi in in 2011. Sarkozy is accused of using cash from Gaddafi for his 2007 presidential campaign.