Iran says U.S. claims of exemption for humanitarian goods is a terrible lie 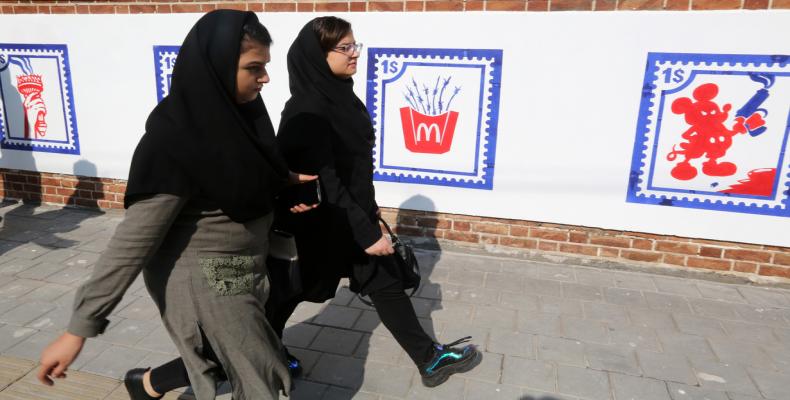 United Nations, October 3 (RHC)-- The Permanent Mission of the Islamic Republic to the United Nations has censured the U.S. for imposing inhumane restrictive measures against Iran especially during the COVID-19 pandemic, saying the illegal sanctions deprived the country of its right to have access to vaccines at the appropriate time.

In a statement read out by Iranian diplomat Mohammad Ghorbanpour to the Third Committee of the UN General Assembly on Friday, the mission rejected any claim that humanitarian goods are exempt from bans.

“We strongly condemn the imposition of inhumane, illegal and unilateral American coercive measures, especially during the coronavirus pandemic.  These illegal measures, which have been taken by the United States with the support of its allies, are aimed at confiscating Iran's resources abroad and preventing third countries from legitimate trade with Iran, especially the supply of humanitarian goods,” it said.

“Inhumane, illegal and unilateral coercive measures deprived even the Islamic Republic of access to COVID-19 vaccines. It is unfortunate that some countries arrogantly claim that humanitarian goods are exempt from sanctions, and this is a terrible lie.”

Also in its statement, the mission reaffirmed Iran’s unwavering commitment to the principles and goals of the UN Charter, including respect for human rights and fundamental freedoms and non-interference in other countries’ domestic affairs.  It further stressed a non-selective approach towards human rights and non-politicization of the issue.

Large-scale human-rights violations have become routine, it said, pointing to “the seemingly unending war on Yemen” and ethnic cleansing in the occupied Palestinian territories by the “despotic Israeli regime.”

“In fact, those who advise others about human rights and present themselves as leading defenders of human dignity not only lack the necessary determination and will in this regard, but also pursue the path of hypocrisy in fulfilling their human rights obligations.  They are the main supporters of the cri- the mission underlined.

The Iranian mission also emphasized that dialog and cooperation based on mutual respect is the only way to ensure the promotion and protection of human rights at the international level, noting that using human rights as a weapon, adopting a selective approach and relying on double standards do not help achieve common goals.

Expressing concerns for the people of Afghanistan, particularly the displaced, it said the situation in the South Asian country “clearly demonstrates the true face of the United States” and others who invaded two decades ago under the pretext of fighting terrorism and upholding human rights.