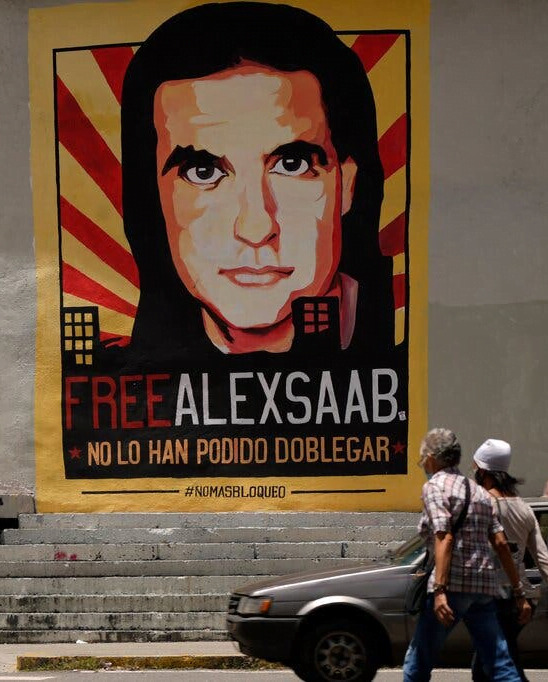 Caracas, October 18 (RHC)-- The president of Venezuela, Nicolás Maduro, condemned this Sunday the kidnapping by the United States of the diplomat Alex Saab.  "The U.S. empire violating all International Law, took a Venezuelan diplomat.  T this is the second kidnapping against him, the first one took place on June 12, 2020 in Cape Verde," stated the president.

Ratifying his rejection of the kidnapping, President Maduro emphasized that Saab's detention was carried out despite his certification as Venezuela's special envoy in Africa.  "He is officially accredited according to the rules of the Vienna Convention, Geneva and the United Nations," he added.

The Bolivarian leader pointed out that behind Saab's kidnapping there are other factors such as the Colombian Government and extremist sectors of the Venezuelan opposition.   "He (Saab) was persecuted by the Colombian narco-oligarchy in combination with the U.S. empire."

"They threw him into a dark and dirty prison, in a hole full of excrement, of rats, like the worst horror movie.  Members of the U.S. Government tortured him for days with blows.  They broke three of his molars, they put electricity on him for several days," denounced President Maduro.

In addition to trying to illegally asphyxiate the Venezuelan economy with the kidnapping of the diplomat, the president stated that they tried to force him to give false testimony in order to stigmatize the Bolivarian process.

"They wanted to force him to lie and turn him into a monster to be a false accuser against Venezuela, something that Alex Saab never accepted," expressed President Maduro.

Referring to the illegal detention against Saab, the head of state indicated that despite his release from prison in Cape Verde, the diplomat's due process was violated.  "With the intimidation of 100 armed men, they did not allow his wife and children to visit him in that country.  One of the most vulgar injustices committed against him."