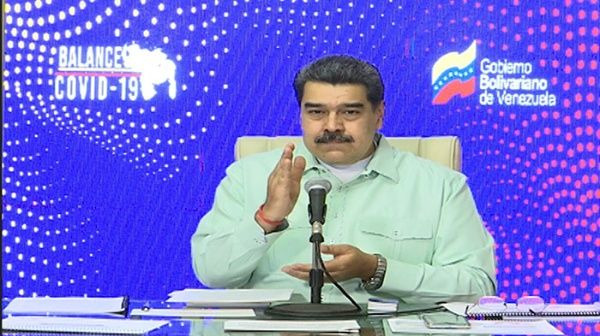 The president of Venezuela, Nicolas Maduro, denounced this Sunday that the delegation of the European Union (EU) that came to the country as observers of the regional elections of last November 21, acted as spies to taint the Venezuelan electoral process.

Caracas, November 29 (RHC)-- The president of Venezuela, Nicolas Maduro, denounced this Sunday that the delegation of the European Union (EU) that came to the country as observers of the regional elections of last November 21, acted as spies to taint the Venezuelan electoral process.

"The EU observers came to spy on the Venezuelan process and look for a single element to blow it out of proportion and try to tarnish Venezuela.  But they did not manage to achieve anything and the electoral process was relentless," denounced President Maduro.

Referring to the strategy of the EU delegates, the head of state asserted that although they had the help of allied governments such as the Colombia, they could not stain the electoral process.  "They tried to stain the electoral process, but the world knew the truth: There were transparent, reliable, safe and free elections, where Chavismo swept, which evidences the power of the Great Patriotic Pole and the socialism of the 21st century," he added.

Thinking about the future of the country in a context of illegal sanctions, the Venezuelan president invited all political sectors -- especially the opposition -- to start a dialogue process to solve the problems that affect the wellbeing of the communities.

"Dialogue for action and solution of specific problems in the parishes, neighborhoods and communities (...) I extend my hand for a socio-political dialogue to emphasize social issues from the Presidency, Government and Mayor's Office", emphasized the head of State.

The Venezuelan president acknowledged opposition activists who managed to win some seats in the regions by means of the vote.  "The opposition has occupied their space, they have obtained a good harvest of governorships and mayorships.  Now they have to demonstrate that they must fulfill the promises they made during the campaign," he added.

"Let's visualize the future in 2030, the year to make the Bolivarian Revolution irreversible, I extend my hand to all Chavistas and revolutionaries for an internal pardon to build the new together", urged the head of state.

Within the framework of the electoral results that gave the Gran Polo Patriótico as a wide winner, President Maduro added that it was the result of the joint work of the Communal Councils, the Local Supply and Production Committees (Clap), as well as popular organizations and collectives.