Trial to begin against Jeanine Áñez for Bolivian coup d'état 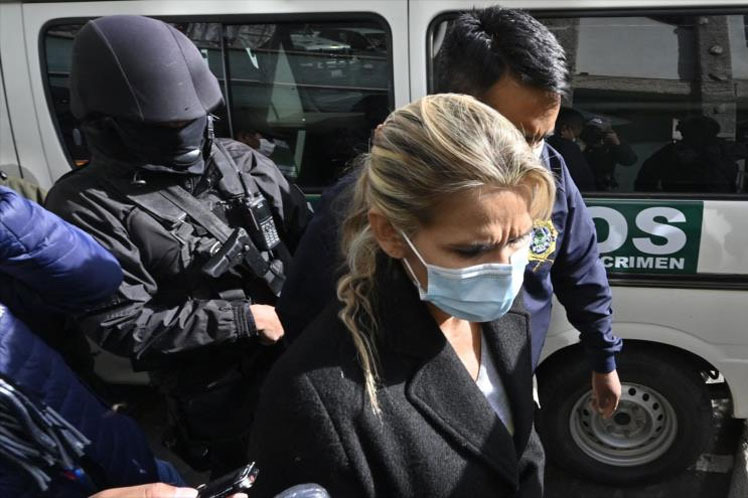 Trial to begin against Jeanine Áñez for Bolivian coup d'état​

La Paz, January 10 (RHC)-- As part of the ongoing judicial proceedings against Bolivia's former de facto president, the justice system will issue this Wednesday the order to open the trial against Jeanine Áñez and nine other defendants for the 2019 coup d'état.

"On Wednesday, an order to open the trial would be issued and, according to criminal procedure, in 45 days we should be starting the public and contradictory oral trial," said Deputy Justice Minister Jaime Siles in an interview.  He explained that the judicial resolution will be issued because next week Tuesday is the deadline for the defendants to formally present their evidence.

The state authority recalled that the so-called coup d'état 2 case was initiated against Áñez for previous actions she made as senator, before the constitutional rupture of 2019, so the crimes typified were breach of duties and resolutions contrary to the Political Constitution of the State and the laws.

"We have faith that the judicial body is going to speed up the times and we hope that by March, maximum April of this year, we will have the first sentence against Mrs. Áñez, for the coup d'état II case," said Siles.

The Bolivian Justice rejected a few days ago an appeal filed by Áñez for the cessation of the preventive detention she is serving for the case of the alleged 'coup d'état I', in which she is accused of sedition, terrorism and conspiracy in the framework of the 2019 post-electoral crisis in the South American nation.