Pirate ambulance with 28 migrants on board detained in Mexico 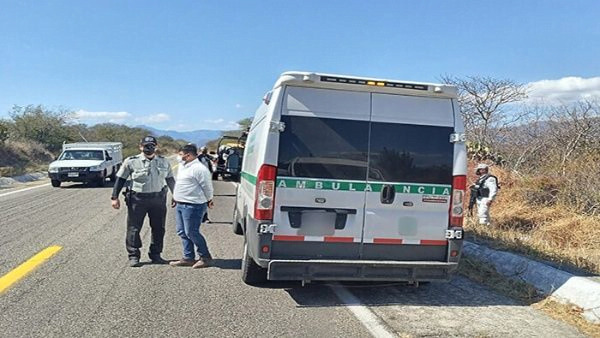 Mexican authorities reported that the driver of the ambulance was arrested and placed at the disposal of the Public Prosecutor's Office. | Photo: EFE

Mexico City, January 23 (RHC)-- Mexico's National Migration Institute (INM) has announced that they intercepted a group of 28 Central American migrants traveling in a pirate ambulance in the state of Oaxaca.

Mexico's Interior Ministry reported that the vehicle had false logos painted on it claiming that it belonged to the Mexican Social Security Institute (IMSS) health system.  Mexican authorities reported that the driver was placed at the disposal of the Public Prosecutor's Office (MP) where criminal charges will be filed.

According to the INM, this is not the first time that migrant smugglers have used a fake ambulance to transport undocumented migrants to the United States.  The INM also reported on Saturday that its agents intercepted 65 Central American migrants traveling in a trailer in the state of Coahuila, bordering the United States.

Of the 65 migrants detained, 41 were from Nicaragua, 15 from Honduras, four from El Salvador, two from Guatemala and three of "presumably Mexican nationality," the INM detailed.  The migration agency indicated that the migrants intercepted during the day will remain in detention until their documents are checked and progress is made in regularizing their migratory situation.