Venezuelan parliament hits back at John Bolton over coup confession 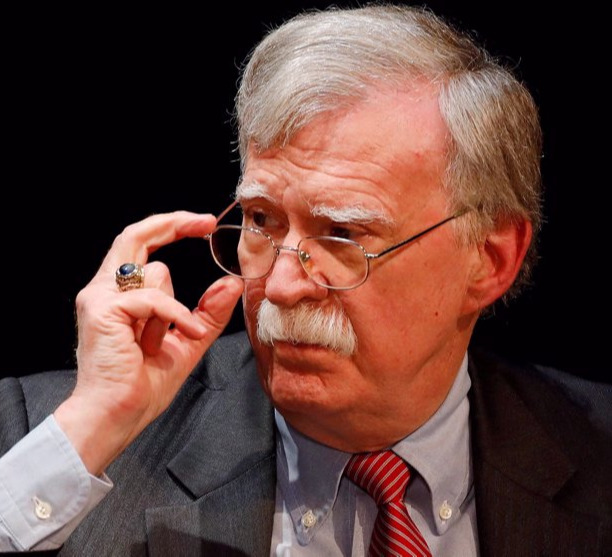 The South American country's National Assembly voted unanimously to condemn John Bolton's comments, with the assembly president Jorge Rodriguez saying: "Venezuela ... will never surrender."   Rodriquez, a member of the ruling United Socialist Party of Venezuela, denounced the planned coup and the support it received from the opposition.

Bolton continued, against the anchor's insistence to explain these unprecedented statements to his role in the coup against Venezuelan President Nicolás Maduro, saying he was "not going to get into the specifics."

Later in his remarks, he cited Venezuela as an example in his book.  "I wrote about (the coup in) Venezuela in the book, and it turned out not to be successful.”

Rodriguez described the open confession as "an extraordinary feat of brazenness".  "What was in the mind of this crazy John Bolton was that the violence would accelerate so that they could have an excuse for the invasion... a military invasion in Venezuela," he said, calling the former Trump aide a "psychopath."

"We can never tire of thanking the dignified people and Venezuelan Armed Forces that repelled the most serious attack the republic has suffered in 150 years," said Rodriguez.

Diosdado Cabello, a former Venezuelan cabinet minister, in response to Bolton's claim about coups in other countries, called him “an inept who, for all the money (former US President) Donald Trump gave him, could not perform the order he received."

It happened on April 30, 2019, when Guaidó, his political mentor Leopoldo Lopez, and some Venezuelan army officials assembled outside a military base calling for the Venezuelan Army's top brass to remove Maduro from power.   The U.S.-backed plot, however, was thwarted and Maduro remained in power, despite the U.S. insisting on formally recognizing Guaidó as the country's "legitimate" leader.

The United States has a long history of carrying out coups in other countries.  Still, usually, the officials of the country never openly admit their role in them.