Colombia announces agreement made with ELN rebels on displaced people 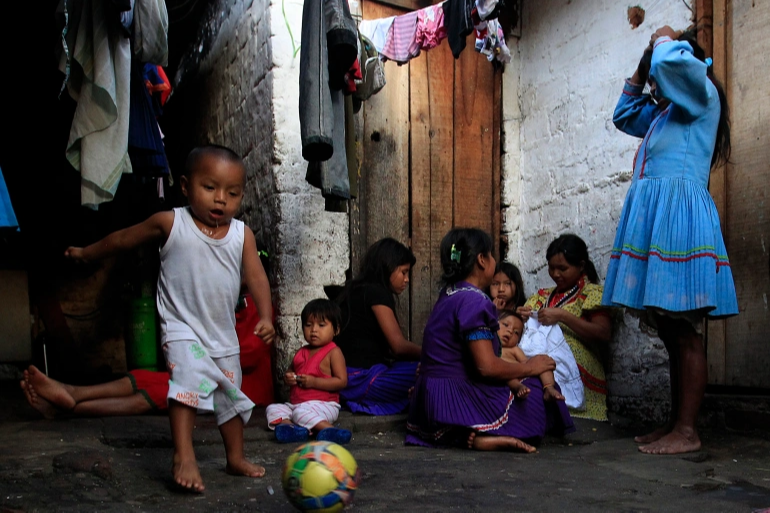 The Indigenous Embera community fled their lands in the west of the country due to violence between drug gangs, outlawed right-wing groups and the ELN rebel group [File: Jaime Saldarriaga/Reuters]

Bogota, December 4 (RHC)-- Colombia has reached an agreement in peace talks with the ELN rebel group to allow the Indigenous Embera community to return to its lands in the west of the country, President Gustavo Petro said.  The pact is the first significant success achieved at peace negotiations taking place between the government and the left-wing National Liberation Army (ELN), the country’s largest remaining rebel group.

The talks, aimed at ending the country’s decades-long conflict, resumed last month in Venezuela after being suspended in 2019.  “The first point of agreement that we reached with the ELN – in barely a week of these dialogues – is the return of the Indigenous Embera people … to their reservations,” Petro said on Saturday in a public appearance in Dabeiba, a town in northwestern Colombia.

Petro did not say when the Embera would return to their lands in the departments of Choco and Risaralda in western Colombia. They had fled violence between drug gangs, outlawed right-wing armed groups and the ELN.  Many of the displaced Embera now live in Colombia’s capital and hold highly visible protests in parks, clashing frequently with police.  As of Saturday, ELN delegates to the talks had not made any statements directly related to the humanitarian agreement on the Embera.

The push for peace negotiations came from Colombia’s new first-ever left-wing President Gustavo Petro, who was a former member of the M-19 rebel movement.  After taking office in August, the president engaged the ELN as part of his “total peace” policy and the negotiations resumed even though no ceasefire between the two parties has been reached yet.

Nevertheless, the ELN had pledged to allow “humanitarian relief processes” as part of a peace talks framework its leaders signed with the government of then-President Juan Manuel Santos in 2016.

That year, Santos signed a historic peace deal with Colombia’s largest and oldest rebel group, the FARC. The FARC and the ELN operated in different parts of the country.  Previous attempts at negotiations with the ELN, which accounts for approximately 2,500 combatants according to peace-building civic group Indepaz, have not advanced partly because of dissent within its ranks.

ELN leaders say the group is united, but it is unclear how much sway negotiators hold over active units. The group is primarily active in the Pacific region and along the 2,200km (1,370-mile) border with Venezuela.
Talks between the ELN and Santos were called off in 2019 by Santos’s successor, Ivan Duque, after the ELN bombed a police academy in Bogota.