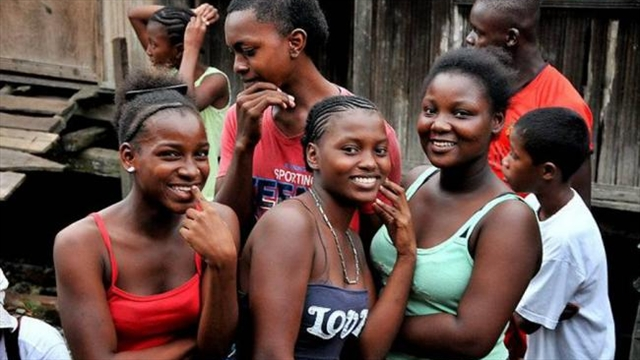 Colombian Vice President Francia Márquez participated in the inauguration of a week of meetings of the Permanent Forum of Afro-descendants at the UN European headquarters in Geneva, where she called for historical reparation actions for African and Afro-descendant populations.​​​​

Geneva, December 7 (RHC)-- Colombian Vice President Francia Márquez participated in the inauguration of a week of meetings of the Permanent Forum of Afro-descendants at the UN European headquarters in Geneva, where she called for historical reparation actions for African and Afro-descendant populations.

Member States of the United Nations and the UN itself must establish historical reparation actions for African and Afro-descendant populations so that they "recover the dignity that was expropriated from them," the Colombian vice president said at the international forum.

"For many years this has been an issue that has been avoided and evaded by the United Nations and its member countries," said Márquez, who urged to "take concrete actions of historical reparation that contribute to transform colonial systems."

"It is a great honor for me to install the first session of the Permanent Forum of People of African Descent before #NacionesUnidas in Geneva, Switzerland.  We are here to influence the global agenda to combat racism and promote the rights of Black people at all levels."

One of these actions, she added, could be the cancellation of the foreign debt of nations "that continue to pay it to colonizing countries and that have been committed to slavery, which has not allowed us to live in dignity", by depleting many natural resources.

Historical reparations should contribute to access to justice, to the economic and social development of Afro-descendant populations and to guarantee real political participation, said Márquez, the second woman and first Afro-descendant to head Colombia's vice-presidency.

Dignifying the Black peoples in the world and allowing Africa to reconnect with its diaspora, is to take great steps in the reconciliation of humanity.  It was an honor to bring my message of resistance and reparation to the@ONU_es

The vice-president, who was cheered on several occasions during her speech, pointed out with regard to climate justice that "we cannot talk about it without assuming racial and gender justice", since environmental deterioration "disproportionately affects African and Afro-descendant populations."

"The current economic system began with colonization, with slavery, with the subjugation of men and women, and it is the same system that today is collapsing life in the 'big house', the 'big womb', mother earth," he commented in this regard.

Márquez added that Colombia "is committed to advancing in racial justice actions, and we urge all UN member states to assume the same commitment", and also stressed that her country "has advanced in the recognition of the territory collectively for the Afro-descendant population."

The forum was created in 2021 as part of the activities of the UN International Decade for People of African Descent (2015-24), a decade that according to Marquez is an initiative to be recognized "although we do not see changes that positively impact these populations."

"We hope that the forum will make it possible to establish agendas for structural transformation that will lead to dignifying the lives of Afro-descendant peoples in the world, that will lead to reconnecting Africa with its diaspora and that will lead us to reconcile ourselves with humanity," he proclaimed.

At the Permanent Forum of Afro-descendants at the UN European headquarters in Geneva, half a thousand delegates are discussing the fight against systemic racism, climate justice and equality, among other issues.