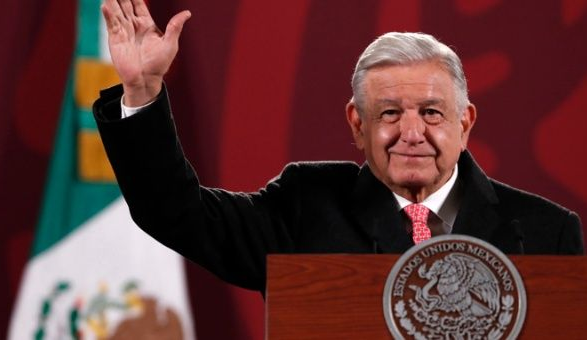 Mexico City, December 8 (RHC)-- The President of Mexico, Andrés Manuel López Obrador (AMLO), expressed his concern about the role of "interests of economic and political elites" in the dismissal of his Peruvian counterpart, Pedro Castillo, which the Congress voted after Castillo dissolved the parliament and announced a "Government of exception" in the Andean country.

"We consider it regrettable that due to the interests of the economic and political elites, since the beginning of the legitimate presidency of Pedro Castillo, an atmosphere of confrontation and hostility has been maintained against him, until leading him to make decisions that have served his adversaries to consummate his dismissal with the sui generis precept of 'moral incapacity.'"

López Obrador pointed out that a "fundamental principle" of Mexican foreign policy is "non-intervention and self-determination of peoples.  That is what we adhere to in the case of what happened in Peru."

Shortly before, Mexican Foreign Minister Marcelo Ebrard announced that due to the events unleashed in Lima, the Summit of the Pacific Alliance (Chile, Colombia, Mexico and Peru) scheduled for December 14th in the Peruvian capital was postponed.  The head of Mexican diplomacy regretted these events and pronounced "respect for democracy and human rights" for the good of the Peruvian people.

After Castillo's announcement, most of Congress approved his dismissal with 101 votes in favor.  The Vice President of Peru, Dina Boluarte, assumed the office of head of state and swore to exercise the office of President of the Republic "in accordance with the Political Constitution of Peru."

This dizzying sequence of events made her the first woman to hold the presidency in the history of the South American nation.