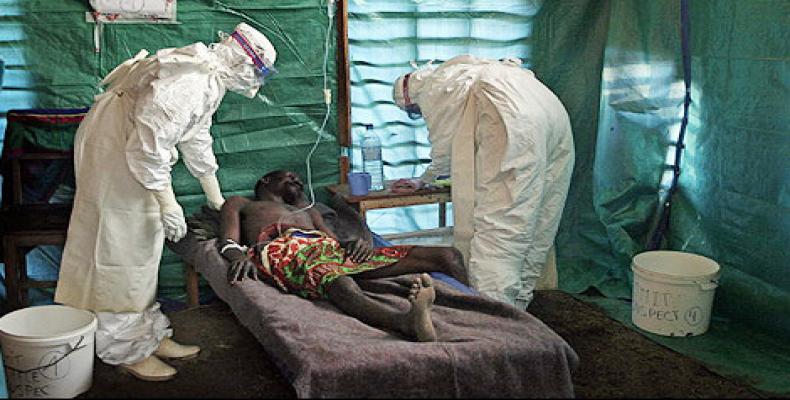 Conakry, August 14 (RHC)-- Guinea has declared a deadly outbreak of Ebola in the country a "health emergency" as West Africa awaits arrival of experimental vaccines. On Wednesday, Guinean President Alpha Conde announced a series of measures, including strict controls at border points, travel restrictions, and a ban on moving bodies "from one town to another until the end of the epidemic."

In addition all suspected victims will automatically be hospitalized until they are cleared of infection, Conde said.

The death toll in the worst epidemic of Ebola since its discovery four decades ago climbed to 1,069 Wednesday, according to the World Health Organization (WHO), which said 56 people had died in two days. Nearly 2,000 have now been infected.

Hard-hit nations were anxiously awaiting a consignment of up to 1,000 doses of the barely-tested drug ZMapp from the United States, which has raised hopes of saving hundreds infected with the disease.

Ebola spreads through contact with bodily fluids such as blood, saliva, and sweat. It has killed around two-thirds of those it has infected over the last four decades, with two outbreaks registering fatality rates approaching 90 percent.

There is currently no known cure for Ebola. Guinea, Liberia, and Sierra Leone are grappling with the disease, which has also spread to Nigeria.