Lula affirms at CELAC that Brazil is back to the world 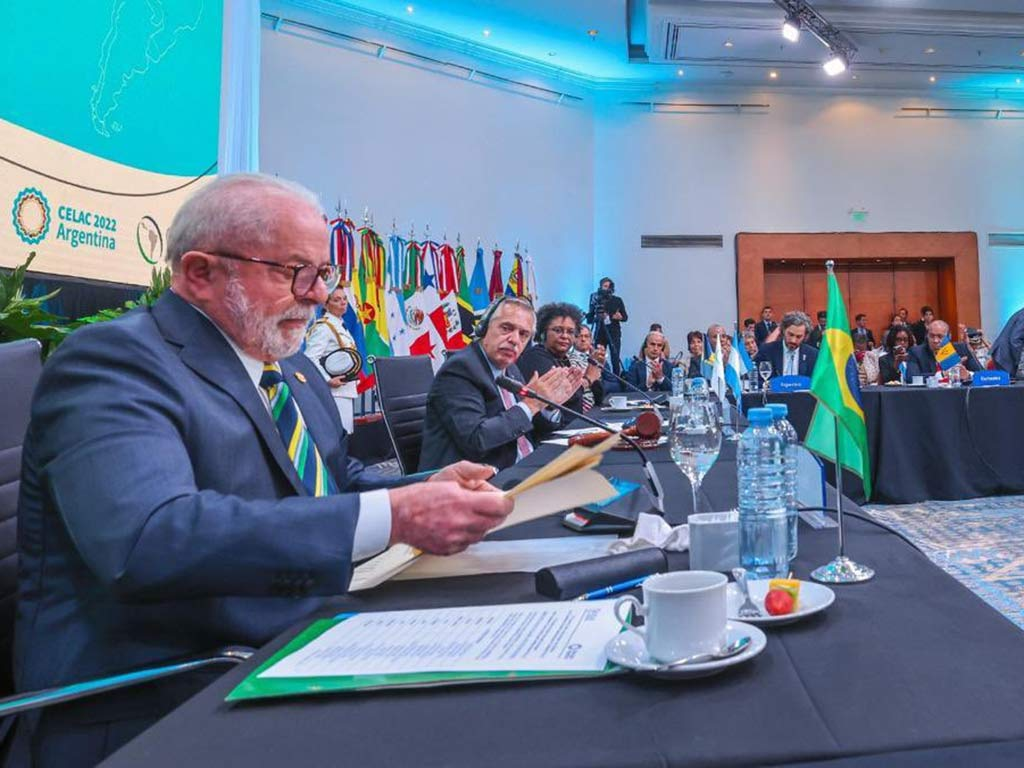 It is with this feeling of common destiny and belonging that Brazil returns to Celac, with the sensation of being reunited with itself.
(Photo:PL)

Buenos Aires, January 24 (RHC)-- President Luiz Inácio Lula da Silva affirmed that Brazil is back in the world and nothing could be more natural than to begin this journey through the Community of Latin American and Caribbean States (CELAC).

Speaking at the VII Summit of the regional mechanism, which is taking place in Buenos Aires, Argentina, Lula pointed out that "throughout the successive Brazilian governments since the redemocratization, we have committed ourselves with determination and a sense of mission to regional integration and the consolidation of a peaceful region, based on relations marked by dialogue and cooperation".

But he described recent years as a regrettable exception, "when my predecessor (Jair Bolsonaro) made the inexplicable decision to withdraw Brazil from CELAC", in 2020.

He insisted that it is with great joy and very special satisfaction that Brazil is back in the region and "ready to work side by side with all of you, with a very strong sense of solidarity and closeness".

Lula alluded to the first summit in Costa do Sauípe, in the Brazilian state of Bahia, which later evolved into a community format.

"That meeting had a historic meaning and one that is still very current. Because it was the first time that the heads of state and government of Latin America and the Caribbean met, without any foreign tutelage, to discuss our problems and seek our own solutions to the challenges we share".

This spirit, he stressed, of solidarity, dialogue and cooperation, in a region of the size and importance of Latin America and the Caribbean, could not be more current and necessary.

According to the founder of the Workers' Party, "the world is living a time of multiple crises: pandemic (of COVID-19), climate change, natural disasters, geopolitical tensions, pressures on food and energy security, threats to representative democracy as a form of political and social organization".

He took the opportunity to thank everyone for standing by Brazil and its institutions, in repudiation of the anti-democratic acts that took place in Brasilia on January 8th.

He insisted that the South American giant is once again looking to its future with the certainty that it will be associated with its neighbors bilaterally, in the Southern Common Market, in the Union of South American Nations and in CELAC.

"It is with this feeling of common destiny and belonging that Brazil returns to CELAC, with the feeling that it is reunited with itself," he concluded.

During the day, according to the program of his stay, Lula is also scheduled to meet with the president of Cuba, Miguel Díaz-Canel, and the prime minister of Barbados, Mia Mottley.

He will also meet with a representative of the Food and Agriculture Organization of the United Nations (FAO) and with the head of the European Council, Charles Michel.