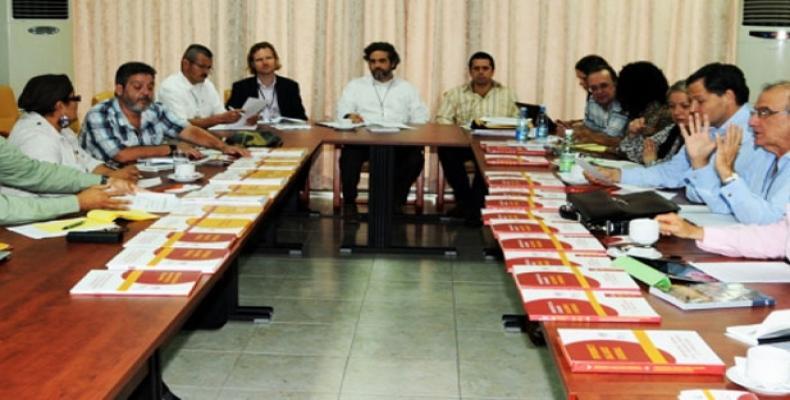 Havana, September 2 (RHC) -– The representatives of the Colombian government and the Revolutionary Armed Forces-People’s Army (FARC-EP) continued on Tuesday their peace talks in Havana, with the aim of finding a political solution to the armed conflict in that South American nation.

A new cycle of talks opened on Monday, particularly focusing on the issue of the victims of the conflict and their rights. Rebel representative Ivan Marquez denied that the process is on its final stage, and publicly called an emergency meeting to resume the bilateral assessment of decisions.

He said that the government cannot continue to act as if the views of the rebels had no value or consequences and invited Colombian Interior Minister Juan Fernando Cristo to the exchange since, he said, the peace process cannot continue to be addressed on the media agenda and through biased interpretations.

In a communiqué read by Marquez, the FARC rejected unilateral legislative initiatives by the government, and they said that concepts such as transition, demobilization and the putting down of weapons are not on the agenda.

The issue of the victims is the fourth of a six-point agenda agreed to by the parties, and it includes the end of hostilities and mechanisms to sign and verify a possible final agreement.

The two parties already reached an accord on the points related to rural reform, political participation by the rebel forces and illegal drug trafficking.