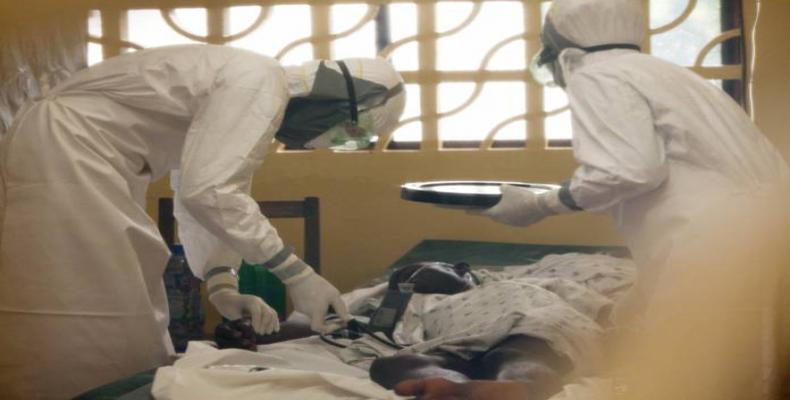 Washington, September 4 (RHC)-- An outbreak of the Ebola virus has killed over 1,900 people in West Africa, the World Health Organization (WHO) says.  WHO Director General Margaret Chan told a news conference in Washington: "As of this week, we are reporting 3,500 cases confirmed in Guinea, Sierra Leone and Liberia and more than 1,900 deaths -- and the outbreak is rising."

She also added that in countries with "very intense transmission" -- Guinea, Sierra Leone and Liberia -- "we would like to reverse the trend in three months."

Ebola is a form of hemorrhagic fever whose symptoms are diarrhea, vomiting and bleeding.  The virus spreads through direct contact with infected blood, feces or sweat.  It can also be spread through sexual contact or the unprotected handling of contaminated corpses.

Ebola was first discovered in the Democratic Republic of Congo in 1976 in an outbreak that killed 280 people.  It remains one of the world’s most virulent diseases, which kills up to 90 percent of those who fall sick.