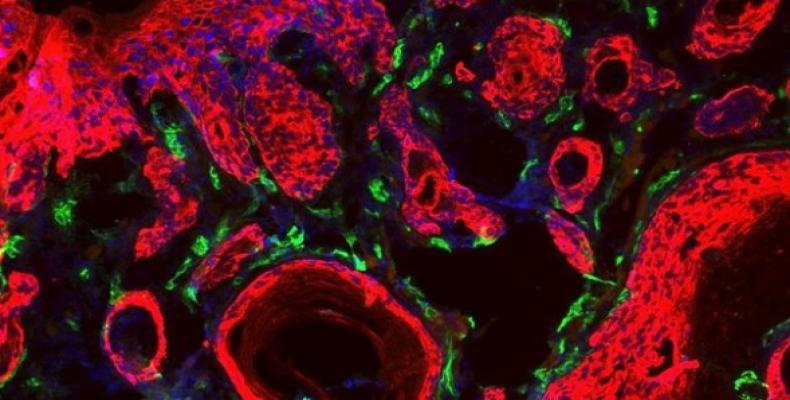 Mexico City, November 12 (RHC-EFE) -- A group of young Mexican researchers has developed a low-cost technology that detects tumor cells in a blood sample, according to the National Council on Science and Technology.

The so-called Semka chip tracks and detects tumor cells in blood collected by venipuncture, said 26-year-old Alejandro Abarca, who led a multidisciplinary team of young researchers from the Monterrey Institute of Technology and Higher Education.

"The device analyses the cells' electrical properties and determines which are the tumor cells and which are the healthy cells. Once they've been tracked down, we separate them out and make sure they're really tumorous," Abarca said in a statement.

The multidisciplinary team has found that in this way it can monitor cancer patients' status and progress on an ongoing basis.

This technology would make it possible to "advise physicians, pathologists and oncologists on the course of treatment that will ensure the patient's maximum probability of survival, reducing side effects to an extent that the treatment will be successful", Abarca was quoted as saying.

Some tumor cells that have become separated from the tumor circulate in the blood and "the interesting thing is that they contain all the information needed to develop a completely effective course of treatment", he added.

Abarca's team is in the running for the Gifted Citizen Prize, which is awarded to a social entrepreneurship project that has the ability to benefit 10 million people over the next six years.