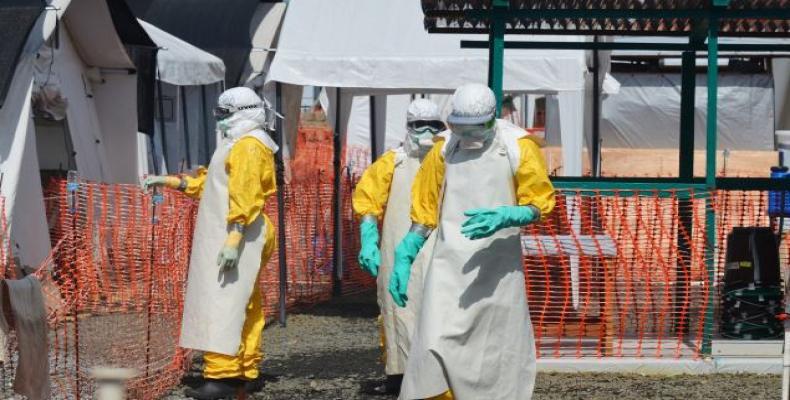 Monrovia, November 14 (RHC)-- Liberia has lifted a state of emergency declared three months ago in the West African country following the outbreak of Ebola.

An extension to a state of emergency imposed in August over the epidemic is not on the agenda, Liberia's President Ellen Johnson Sirleaf said in an announcement on state-owned radio network, ELBC, on Thursday. The Liberian president also noted that Liberia had acted "decisively" by adopting tough regulations to battle the deadly virus.

The announcement comes as Ebola has reportedly claimed the lives of more than 2,800 people in Liberia. According to the latest statistics by the World Health Organization (WHO), the number of deaths recorded in the Ebola outbreak has increased to 5,160, with the number of infections standing at over 14,000.

Guinea, Liberia and Sierra Leone are the worst-hit countries, while Nigeria and the Democratic Republic of the Congo have been also affected by the virus.

Ebola is a form of hemorrhagic fever with symptoms such as diarrhea, vomiting, and bleeding. The virus spreads through direct contact with infected blood, feces or sweat. It can be also spread through sexual contact or the unprotected handling of contaminated corpses.

The media hype over Ebola comes at a time when thousands of people in Africa and other parts of the world die every day from hunger and preventable diseases.